For a full year in Arkansas in 1958 and 1959, all four Little Rock high schools were closed. The parents of around 2,000 students at Little Rock High School saw their children threatened. The threat was nine black children who also wanted to attend this school. The protest against desegregation, the abolition of racial segregation, went so far and became so violent that the US government finally deployed the military.

Prof. Dr. Rebecca Brückmann, junior professor for the history of North America in its transcultural references at the RUB, looked at in detail. Her special focus is on the activities of women. “This story has so far been neglected,” she explains her interest. She has now summarized her work in a book that will be published in early 2021.

The history of these white protests is long. It is rooted in US slavery, which has been documented since the early 17th century. In the middle of the 17th century a law was passed in Virginia stating that children have the status of their mothers: if the mother is a slave, so are her children. White supremacy rises with slavery, and this supposed superiority of whites persists through the ban on the transatlantic slave trade in 1808 and the declaration of emancipation in 1863 with the prohibition of slavery two years later.

After the American Civil War, when the military withdraws from the southern states, the entire public space is divided in two. There is everything especially for whites and blacks: park benches, cemeteries, blood banks, buses, schools. In 1896 the Supreme Court legitimized this separation on the condition that all these institutions were equivalent. “They never were,” says Rebecca Brückmann. "And activists have fought against it more or less unsuccessfully for 50 years."

After the Second World War, they change their strategy: they go to court. And in 1954 the verdict is passed, which is the stumbling block for the coordinated protest of the whites. Racial segregation in public schools is declared unconstitutional. Segregation in schools violates the principle of equal treatment. “After that, massive resistance forms among the whites, and the subject of school, the concern of the children, brings the mothers into the subject,” says Rebecca Brückmann. 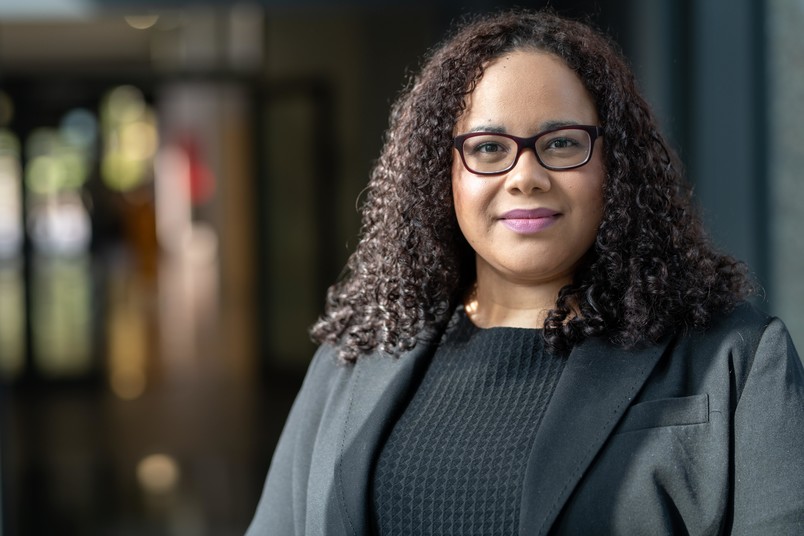 In order to track down their behavior, she analyzed newspaper articles, memoirs, manuscripts from school administrators and reports from the FBI. The central security authority interviewed those involved after the sometimes violent protests by the mothers. Brückmann researched three cases in particular, including that of Central High School in Little Rock, Arkansas, which was closed for a year.

The mothers there incited their children to bully black students. The school closure was based on the conviction that it would be better not to go to school than to take classes with black people for the children. In another case in New Orleans, women appeared on a massive scale in 1960 to express their protest against black children attending schools and assaulted their parents, even threatening black children with death. This was about four black children who had been admitted to two elementary schools.

But it's always more complex than it looks.

The police referred to the group as "cheerleaders": a sign that they were seen more as supporting the real actors of segregation than loud but harmless. “In fact, they were on the field, because the cheerleaders were actors on site and carried out demonstrations, physical attacks on white parents who did not want to participate in the boycott, and lobbying,” says Rebecca Brückmann. “This shows the very masculist discourse about the desegregation crises in the 1950s and 1960s, which led to the assumption that women were only symbols and not actors in their own right.” Among those involved were mothers, grandmothers and neighbors. Among them were also educated people, members of the upper class.

Their behavior can be justified: The whites felt threatened in their status. Women and the working class had no political voice in the United States in the 1950s. In order to generate attention, you had to resort to new means and come up with new tactics. Everything was based on convinced racism. "But it is always more complex than it looks," Brückmann makes clear.

The women broadened the arguments of the debate. Your point: Today the state interferes in the schools, tomorrow it will be the churches, the day after tomorrow we will not decide anything ourselves. With that they turn the tables: our freedom is threatened. Reverse discrimination threatens. On the other hand, the so-called Massive Resistance is forming, which demands that the government of the USA should stay out of the interests of the individual states. A new conservatism is taking hold and White Supremacy is acting as a hinge. Religion, anti-communism, later traditional values ​​against the 68s - White Supremacy helps to unite and consolidate many different currents. “White supremacy always works. That plays a big role in the USA, and it's not a day-to-day politics, ”said Rebecca Brückmann. "The current Black Lives Matter movement is also rooted in this story."

Being white goes far beyond the color of your skin. Appearance is just one aspect of it. White means the norm, everything else is the deviation. It's about a social position, about power and space.

You stay among yourself

After the protests of the mothers against the admission of black pupils did not have the desired effect, the schools were boycotted by the whites. They moved to the suburbs that had to be affordable, and thus to other school districts. This was how you made sure that you kept to yourself.

Rebecca Brückmann has been researching in and about the USA for many years. This has shaped their view of current developments.

One could get the impression that racism is particularly bad in the USA. Is that so?
You have to be aware that these are European exports. Europe has only shifted the excesses of its racism such as slavery and desegregation into the colonies through colonialism. It was Europeans who subjugated the indigenous population. Columbus even had to answer to the Spanish Crown for corruption and the brutality against the indigenous population.

Hence the problem cannot be dismissed. Later Germany also wanted to get involved in the slave trade, it just wasn't that big a player. The cotton trade had an impact all over the world. It was an incredible amount of money.

After more than a hundred years of activism and efforts, there is still no end in sight to the discrimination against blacks. Is there hope?
Races - I consciously say races because it is a construct - are an idea of ​​modernity, it was created historically, so it can also be abolished again. It just takes a long time. White supremacy and racism are not individual defects, but rather embedded in a system. In the housing market, the labor market, the health sector. All of this is changing very slowly. But it's different than 100 years ago, it's mutating. To paraphrase activist John Lewis, it is a "struggle of a lifetime". You still have to be optimistic.

The selected images are downloaded as a ZIP file.
You will find picture lines and picture credits after unpacking in the included HTML file.
<?