Marathon - a story of running, victories and detours 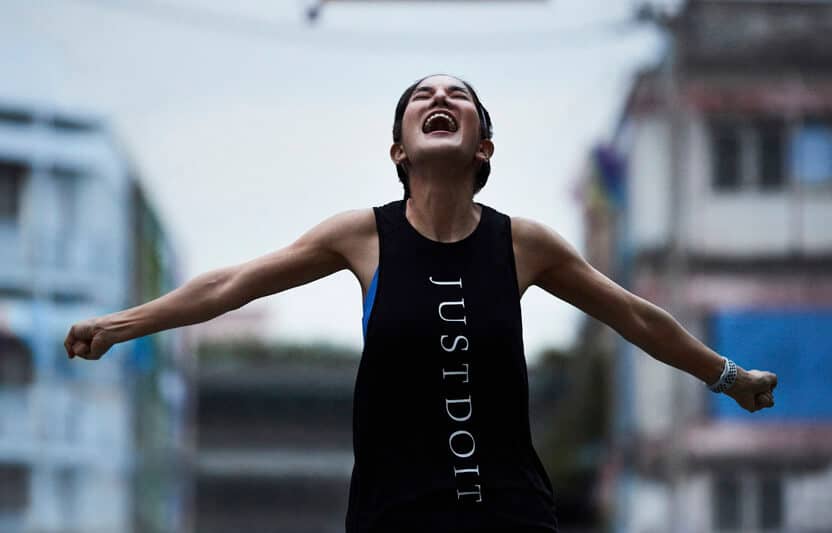 Legend has it that it ran in 490 BC. A messenger 40 kilometers to Athens to announce the victory of the Athenians in the battle of Marathon. After he uttered the words “We have won”, he collapsed dead. Supposedly this is how the marathon came about. Here you can find out what else there is to know about it and why you can still sometimes speak of a victory in a battle at the end of the day.

Whether the legend is true or not cannot be verified historically. What is certain is that the first officially organized marathon took place in 1896 as part of the Athens Olympic Games. At that time, according to legend, the distance was exactly 40 kilometers. But why is it the notorious 42,195 meters that seem somewhat arbitrary today? In 1908 the Olympic Games took place in London and while the finish was in the Olympic Stadium, the runners were supposed to start right in front of the royal box at Windsor Castle. This required an extension of the route, which resulted in the route length known today. This was then retained. It was not until the detour established for the royal lodge that the distance of 42.195 kilometers, which has now been officially set by the International Athletics Federation since 1921, was achieved. 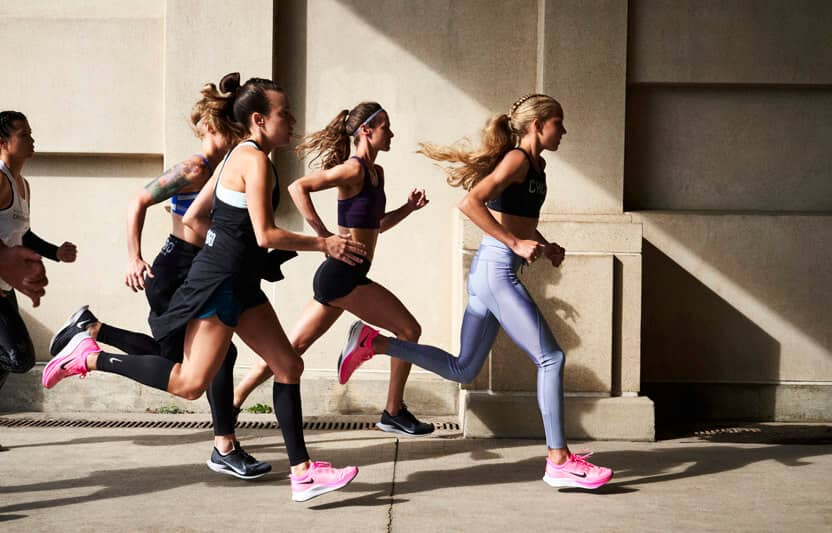 How long does it take?

The first Olympic marathon winner needed a little less than three hours for the 40 kilometers. That would correspond to a marathon time of 3:10 hours on today's usual route. At that time, as a man, you are still part of the extended circle of ambitious amateur athletes, as a woman you could definitely finish on the podium in the hobby area. On a global average, marathoners need 4:30 hours to complete the marathon. The world's best runners have already crossed the finish line for almost two and a half hours. The fastest marathon runner in the world is Eliud Kipchoge. In 2018 he only needed 2:01:39 in Berlin. The 2-hour mark remained still.

In 2017, Nike organized the so-called Breaking2 event on the Formula 1 track in Monza. With the aim of breaking the 2-hour mark, three world-class marathon runners started a race against the clock under the best possible conditions. The optimal conditions mean that pace makers ran along, who were regularly exchanged, the route was specially chosen with a few meters in altitude and a mild climate, extra Nike shoes were developed for it and and and. Despite all the preparation, Eliud Kipchoge's clock “only” stopped at 2:00:25. The border is within reach.

In October 2019 a second, similarly structured event started, the Ineos 1:59 Challenge in Vienna and this time it should work. Kipchoge came home after 1:59:40 and 42.195km. A sensation. Even if the time does not count as an official world record due to the conditions set, it is still an unimaginable achievement to be the first person to break the 2-hour mark, which was not thought possible.

And with the ladies? The British Paula Radcliffe achieved an unreachable time of 2:15:25 in London in 2003. At least that was what they thought until the Kenyan Brigid Kosgei delivered a historic race in Chicago in 2019. Her time 2:14:04 and with it a new world record in the women's marathon. So 2019 seemed like a good year for marathon records.

By the way: the marathon has only been an Olympic discipline for women since 1984. It has long been believed that women are too weak and frail for this kind of physical exertion. Given the time of Paula Radcliffe, which some professional men still dream of today, this is of course ludicrous. Likewise, the fear at the time that women could lose their uterus while running a marathon or that they would grow a mustache from running too often is of course nonsense. Paula Radcliffe has two children and no beard.

So in a marathon you are on the road for a long time. There are a considerable number of steps involved. As a rule, the stride length at a pace of ten kilometers per hour (6:00 min / km, corresponds to an end time of almost 4:15 h) is about one meter, so that at this speed you can assume about 42,000 steps. At higher speeds, this number decreases as the stride length increases. For an end time of 2:30 hours (17 km / h, 3:33 min / km) you need about 32,000 steps. Regardless of the time, your fitness tracker's inactivity alarm should be silent for the rest of the day. 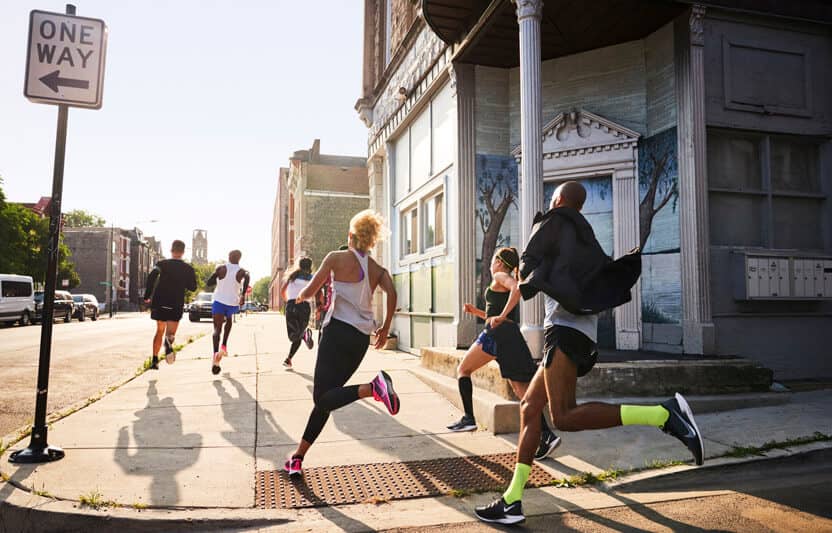 "If I take forty-two thousand steps, then I definitely need ..." Yes, what do I need there? Quite a few would complete the sentence like this: “... a light shoe. Because every gram counts. " Others would say: “... a soft shoe. Because it has to cushion my whole weight every time. " That's true. And since even a “heavy” shoe weighs less than 400 grams in size 47, one cannot really speak of a real “block on the leg” here. Although light competition shoes only weigh around half, they have the disadvantage of extremely reduced cushioning, which requires an extremely good and forefoot-oriented running technique, short contact times and strong calf muscles. Considering the weight and directness (little cushioning = more direct contact with the ground = less energy loss on impact) of a running shoe as the main criterion when buying shoes only becomes really important when target times are well under three hours. 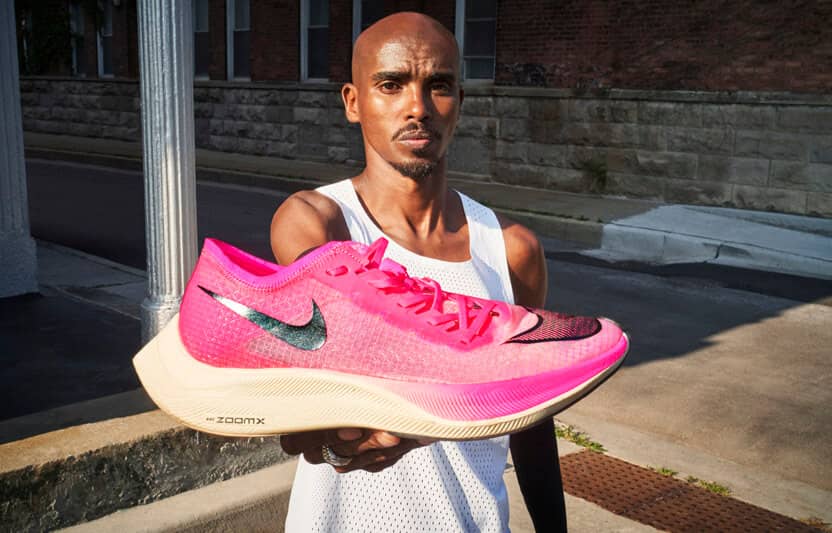 A marathon requires training. And not too little of that. Anyone who has never run a marathon should plan a year of preparation time and, above all, complete sufficiently long runs. The marathon distance does not have to be rehearsed, but rather the planned duration of the competition approximately simulated. Anyone planning to run four hours in a marathon should have tried several times during training what it is like to be on the road for at least three hours. You can find out here how running training should be structured in general in detail.

There are marathons all over the world. They are always the same length. But they are different everywhere. You can find a lot of interesting information on interesting marathon events in Germany and around the world here. The fact that people generally speak of “competitions” at these events already implies that as a rule one does not “just go jogging” here. In the front, the professionals duel with each other. And behind? It is not uncommon for you to run against yourself. You fight against inner bastards, against resistance, against the urge to just stop or join the spectators who are grilling and drinking beer at the edge of the track. “Why am I doing this here?”, One asks oneself not infrequently when the infamous “man with the hammer” comes and one feels as if one has no shoes but lead weights on one's feet. But at the finish you know, no matter when you get there, that you have made it. That you won the fight. You may not say, "We won." And you don't usually drop dead either. But you're proud. Rightly. And can say: "I did it!"