Are you a victim of gun violence

Worldwide, more than a quarter of a million people die each year as a result of gun injuries. According to a study by the renowned American research institute "Institute for Health Metrics and Evaluation" at the University of Washington in Seattle, more people were killed by firearms in the civilian sector between 1996 and 2016 than by military conflicts or terrorist attacks. In view of the dramatic figures, a trend towards stricter gun laws seems to be emerging around the world.

The government in New Zealand has also spoken out in favor of tightening gun laws in the past few days. Prime Minister Jacinda Ardern convened her cabinet for an emergency meeting on Monday to prepare tougher gun laws. Although there are more restrictive regulations in New Zealand than, for example, in the USA, in most cases there have been no mandatory weapons registration regulations. Bills in this direction have so far been blocked by the national populist coalition partner New Zealand First (NZF), on which Ardern and the Greens are dependent.

However, there are signs of a rethink at the NZF. Vice-Prime Minister Winston Peters can be quoted as saying: "Our world has changed forever. That is why our laws will also change." However, this should not happen overnight. Despite all the horror, the New Zealand government wants to take ten days to clarify the details. Prime Minister Ardern: "We want to take our time to do it right." A cynical side effect of the announced legislative proposals can already be seen. New Zealand media reported that gun sales skyrocketed over the weekend.

Nowhere else in the world do so many people die as a result of gun violence as in the United States. In 2018 alone, a total of 14,717 people were killed by firearms in the USA, according to the "Gun Violence Archive". In 2019 there were already 2,248 recorded fatalities from firearms by the beginning of March. But the political landscape has started to move. At the end of February, the US House of Representatives voted to tighten gun law. The Congress Chamber, controlled by the opposition Democrats, voted for a law requiring a background check of the buyer for almost all arms sales. So far, according to federal law, buyers only have to be checked for possible criminal records if they buy their firearm in a gun shop. 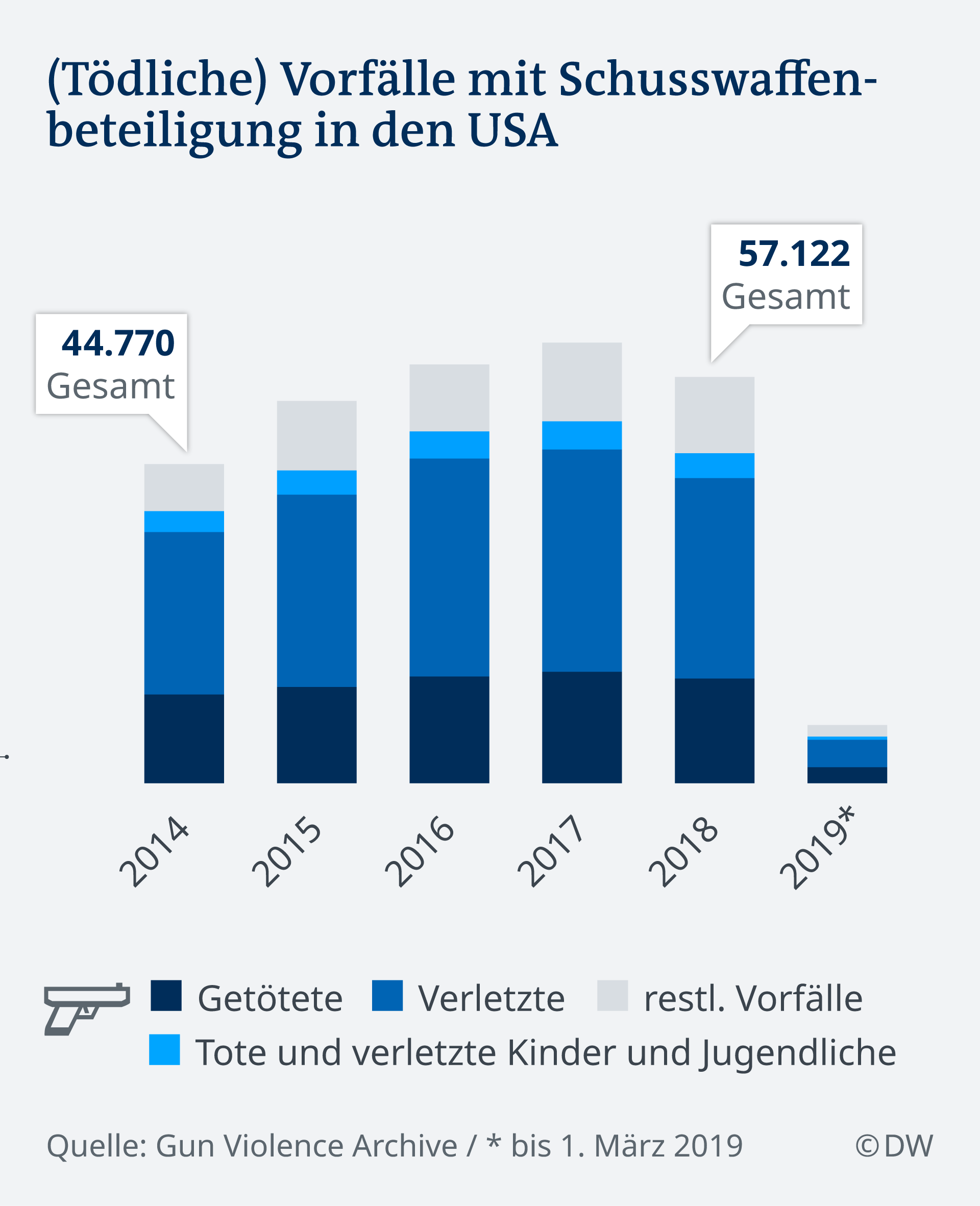 Despite the many deaths, the discussion about stricter gun legislation in the USA is slow

However, this does not apply to private online arms sales or at arms fairs. However, it is considered unlikely that the law will also get a majority in the Republican-controlled Senate. Many Republicans, as well as influential gun lobby groups such as the National Rifle Association (NRA), regularly refer to the Constitution in their defense of lax regulations. The second amendment guarantees the right to private gun possession.

Since the rampage in Winnenden in March 2009, in which a 17-year-old perpetrator shot 15 people and most recently himself, the German gun laws have been tightened several times. For example, since the end of July 2009 gun owners have to expect unannounced controls. Without specific suspicion, it can be checked whether pistols, revolvers or rifles are kept safe from unauthorized access. If this is not the case, there is a risk of up to three years in prison. Likewise, the age limit for handling large-caliber weapons rose from 14 to 18 years. In 2013, a "National Arms Register" was set up to record private arms and weapon parts as well as their owners. With a view to the so-called Reich citizens and the right-wing extremist NSU terrorist cell, the Federal Council has been trying for years that inquiries about gun owners can also be made with the Office for the Protection of the Constitution - so far in vain. 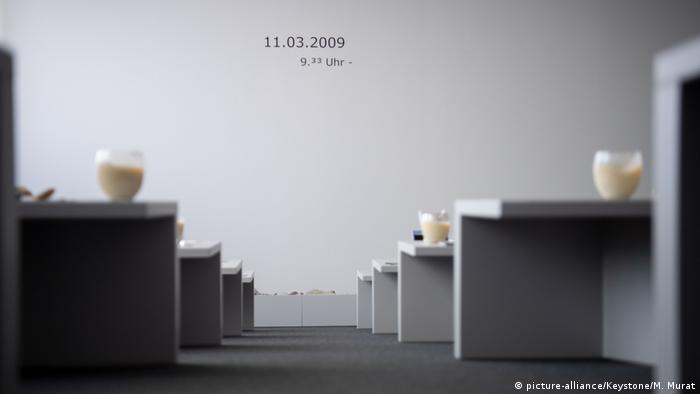 March 2019: In the memorial room of the Albertville secondary school, the victims are commemorated on the tenth anniversary of the rampage

In mid-2017, the legislature tightened the gun law again. For example, the security standards for storing new technical developments were adapted. The federal government is currently examining whether the EU directive of May 2017 requires changes in German laws. In response to the Paris terrorist attacks in November 2015, the European Union banned private individuals from possessing certain semi-automatic weapons.

Australia: a role model for the world

The example of Australia shows that it is possible to convince a gun-loving society of stricter gun laws. Similar to the attacks in Christchurch, the act of a 28-year-old in Port Arthur, Tasmania, shook New Zealand's "big brother" more than 20 years ago. The perpetrator opened fire in a cafe and 35 people died in the hail of bullets from his semi-automatic rifle. The Conservative Prime Minister John Howard then brought a tightened gun law through parliament against massive opposition from politics and society.

Less than two weeks after the massacre, uniform rules were enacted nationwide, completely banning fully automatic and semi-automatic rapid-fire rifles, shotguns and "pump guns" and strict controls on all other weapons. Each weapon must be registered individually and kept in a safe. Stricter legislation alone was not enough for the government. In order to reduce the number of arms in private hands, the state bought around 650,000 arms from their owners, and tens of thousands more were voluntarily given up and scrapped. The result is remarkable: the number of gun deaths in Australia has since fallen by half.