How many hospitals are there in Africa

Africa: "Hospitals are more for women"

Men are falling behind in the fight against AIDS

Nairobi. Scientific research has shown that African men fall behind in the fight against HIV / AIDS. They get tested less often than women and take the life-prolonging drugs less often. They show less stamina during treatment and thus die more often from immune deficiency. 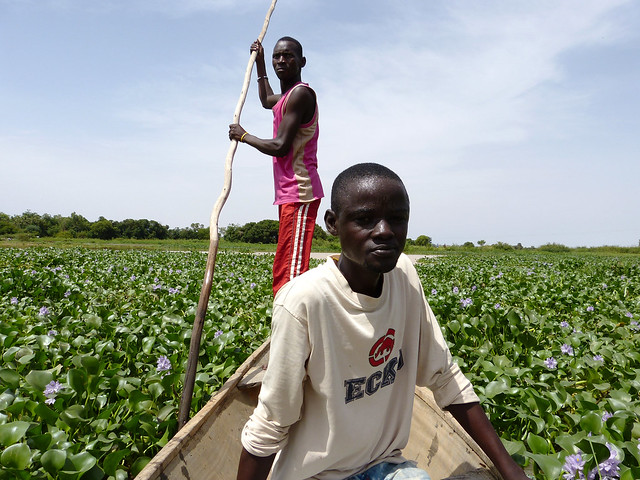 "When it comes to medical care, men are clearly neglected," says Safari Mbewe, Managing Director of the Malawian Network of HIV-Infected People (MANET +). According to a status report (* .pdf) by the United Nations AIDS organization UNAIDS, only about 36 percent of Africans who had access to anti-retroviral therapy (ART) were male by December 2012. And a Kenyan survey shows that around 80 percent of all women, but only 60 percent of all men in the East African country can be tested for HIV / AIDS. Similar behavior patterns can be observed in all countries on the continent.

The US Centers for Disease Control and Prevention found in a four-year study conducted in Swaziland, Mozambique, Zambia, Tanzania and Uganda that 63 percent of infected Zambians in ART are female. In Uganda and Tanzania, twelve percent fewer women than men dropped out of their ARTs. In Kenya, viral load suppression was achieved in 65 percent of women who underwent ART. For men, however, it was only 47 percent.

In the discussion about the risk of infection, factors such as frequent partner changes, unprotected sex, alcohol abuse and violence are usually mentioned. The public is less aware of the fact that men endanger their own health by being too careless.

Among patients who undergo ART, mortality is 31 percent higher in men than in women, according to a study by Mona Cornell, a research fellow at the University of Cape Town in South Africa. She concludes that most anti-AIDS strategies in Africa do not address men's sensitivities.

It is above all the social notions of masculinity that play a negative role here, says Pierre Brouard, head of the AIDS study center at the University of the South African city of Pretoria. "For many, being a man means showing strength and ignoring pain and symptoms of illness. Your own health needs are being put on hold."

"Many men believe that hospitals are for women and children," agrees Landry Tsague, an HIV expert with the UNICEF World Children's Fund in Zambia. Men often only get tested when it is too late for antiretroviral drug treatment.

According to the South African Council for Human Science Research, around 1.3 million women and only 651,000 men had access to ARTs in the sub-Saharan country in 2012. Dismas Nkundam, a member of the Network for the Protection of Reproductive Rights in Africa (RHANA), also advises that women are routinely tested for HIV during pregnancy. In addition, they are mostly the ones who accompany relatives to the hospital. "Men are less likely to come into contact with the health system than women."

According to the study by the US Centers for Disease Control and Prevention, men not only start ART in later stages of the disease, but also interrupt treatment more often or stop it prematurely. In Landry Tsague's view, this is also related to the social norms in force. "Men are less likely to join groups that help them hold out their ARTs."

Experts recommend setting up health centers specially designed for men. "Men feel out of place sitting in waiting rooms with women and screaming babies," explains Msafari. In addition, very few are willing to speak openly about their HIV infection and their ART.

One of these exceptions is the 51-year-old Kenyan police inspector Ali Mlalanaro from the Mombasa district on the Indian Ocean. In 1998 he was tested HIV positive. Except for a herpes in the hip area, Mlalanaro had lived largely symptom-free for a long time. But in 2007 he became seriously ill and later underwent ART.

Although his second wife died of AIDS, his six children from this and another relationship did not become infected. He is now married to an HIV-positive mother of three.

Mlalanaro knows from personal experience that men usually deny their HIV infection until they feel really bad. Visiting a clinic regularly is very difficult for a police officer, he says. "We work very long and at irregular times. But you often have to go to the hospital for the treatments."

According to his own account, he owes the fact that he did not lose the fight against the immune deficiency to the 'Soldiers of Hope' association, who are responsible for Kenya's security forces. "This group gave me courage," he says. "She was really there for me." (afr / IPS)