Pakistan is already sold to China

Almost 22,000 new infections have been reported in Pakistan in the past seven days. According to data from Johns Hopkins University, the number of new cases every day has been more or less stable since the end of November.

In November, the government in Islamabad made more than 120 million euros available to secure vaccination doses from various manufacturers against the corona virus.

China tops the list. The neighboring country proved to be a reliable partner. During the first wave of infections in the spring, China provided Pakistan with medical and protective equipment and dispatched medical experts to assist Islamabad in its fight against the corona pandemic. 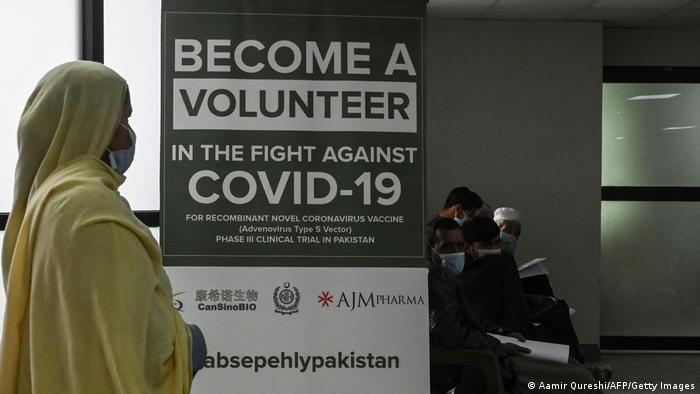 Tests on a Chinese vaccine candidate began in Pakistan in September. This vaccine was developed by CanSino Biologics and the Beijing Institute of Biotechnology. Phase I and II of the clinical studies were carried out in China, while tests in the third phase are ongoing in countries such as Saudi Arabia and Russia in addition to Pakistan.

In Pakistan, the vaccine was given to more than 8,000 volunteers in hospitals in Islamabad, Lahore and Karachi. According to the Pakistani Medicines Agency, another 10,000 volunteers will be added in a second round.

Javed Akram, Vice Chancellor of the University of Health Sciences in Lahore, where such tests are carried out, told Deutsche Welle that he expected the results to be published in January. "The government is hoping for Chinese vaccines, but is also talking to other manufacturers.

"We believe the Chinese vaccine will be available faster," says Akram. The medical staff will then be among the first to be vaccinated.

Former chairman of the Pakistani Society of Pharmaceutical Manufacturers (PPMA), Mohammad Zaka ur Rehman, says Western vaccine manufacturers have already committed to supplying doses to the US and Europe. "For Pakistan, China is the best option because Chinese companies have not been inundated with such orders," Rehman told DW. According to him, health officials have already made preparations to distribute and store vaccines. 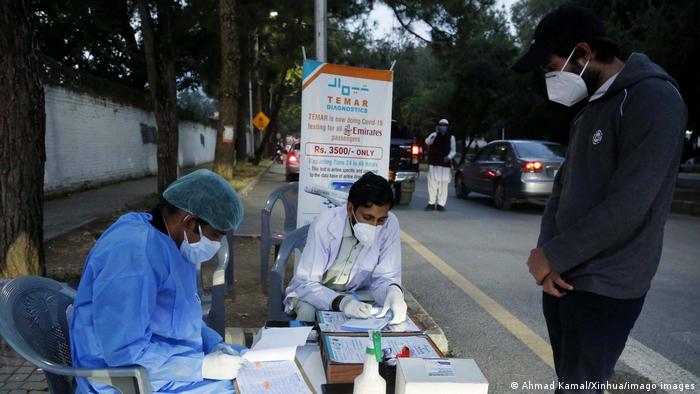 A test station in Islamabad - around 3,000 new infections were recently registered in the country every day

Pakistan is also participating in the COVAX program to secure potentially millions of vaccine doses by the end of 2021. The program of the United Nations in cooperation with the global vaccination alliance GAVI aims to give poorer countries fair access to vaccines against the coronavirus.

Do you need more transparency?

Although Pakistan wants a vaccine as soon as possible, questions arose about how exactly the first phases of clinical trials in China were carried out. Abdul Ghafoor Shoro of the Pakistani Medical Association (PMA) criticizes the fact that the governments in Beijing and Lahore have not published the results of the first tests.

"Where is the evaluation of the results by third parties?" He asks. According to him, neither China nor Pakistan included independent medical bodies in evaluating the clinical trials.

University Vice Chancellor Akram rejects such criticism as unfounded: "We are under no obligation to inform any medical bodies about the tests of the vaccines." According to Akram, when a government agrees to participate in research, it signs a confidentiality agreement. Accordingly, it cannot reveal any confidential data or information. "We act according to good clinical practice, use an effective monitoring system and cannot use politicization of this whole process," says Akram.

Adapted from the English by Uta Steinwehr.