Path of no return

In theory, wormholes could exist - physics allows these bridges through space and time. But the question remains of what a wormhole could look like in concrete terms, how it works and whether it would be passable at all. Because whether the Einstein-Rosen bridges would be suitable as connecting routes through space and time is extremely controversial - and is considered rather unlikely. 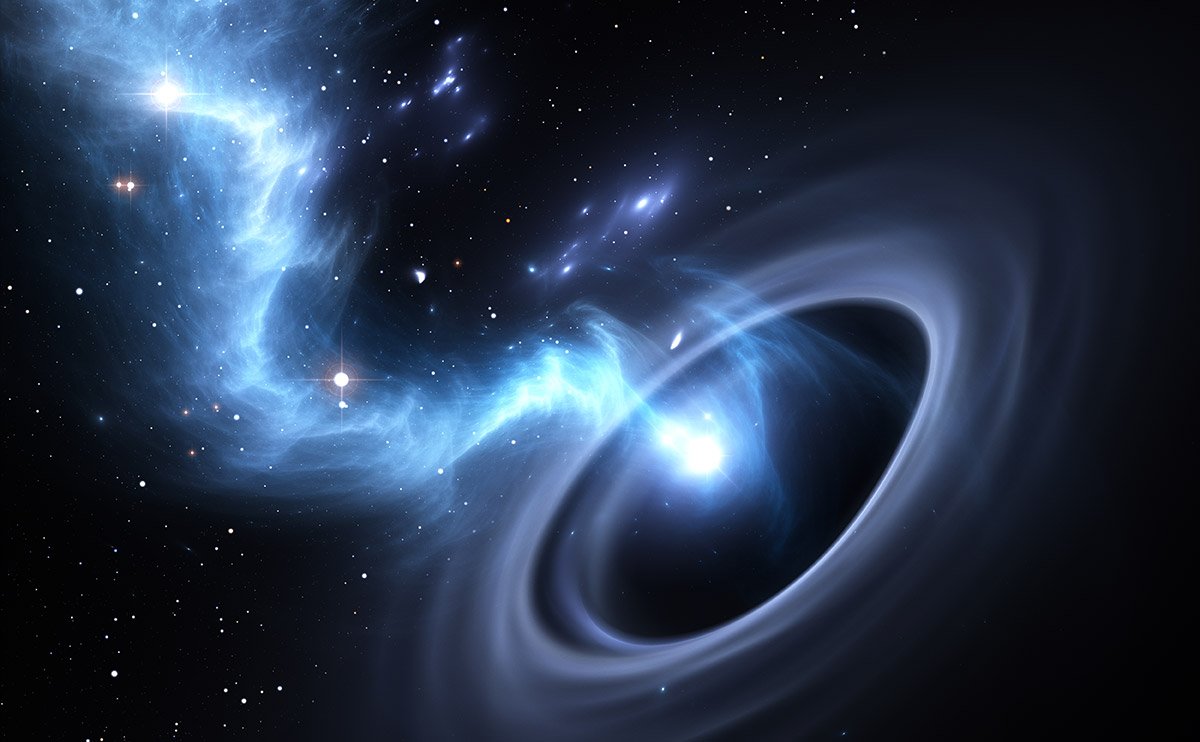 One of the reasons: The equations of Albert Einstein and Nathan Rosen already suggested that their “bridge” through spacetime can only exist under very specific conditions. The entrances to this wormhole would have to be formed by a black hole that does not rotate, has no charge and remains forever. Black holes, such as those formed from exploding stars, do not meet these requirements.

In addition, such a wormhole between two distant places in our universe would be extremely unstable, as the US physicist Archibald Wheeler demonstrated in 1962. As soon as even a single photon passed through this tunnel, it would collapse under its own gravity so quickly that even the light particle could no longer get through. Because any penetration into such a wormhole would collapse its fragile equilibrium into a singularity.

White hole as an exit?

But even if the wormhole does not collapse, the question arises of how the object can get out at the other end without getting stuck in the black hole there. "A black hole is a one-way street, so it is forbidden to pass in both directions - even if you only travel in one direction, the object at the other end cannot be a black hole," explains US physicist Kip Thorne.

One possible solution to this dilemma would be a white hole, a controversial and purely hypothetical reversal of a black hole. This singularity would not attract everything, but would have a repulsive, dispersing effect. Matter and radiation would only pass the event horizon to the outside and the result would be similar to an outbreak of radiation or an explosion - maybe even the big bang. Practical side effect: If you were to combine such a white hole with a black one, its repulsive power could stop the collapse of a wormhole - in theory.

The problem, however, is that such white holes have so far been a purely mathematical construct and most physicists doubt that they exist. According to the equations, they too would have to collapse as soon as even a tiny particle of matter passed their event horizon. In addition, there is no valid explanation for how such white holes could arise.

And even if there were: A wormhole would then be an absolute one-way street - a path with no return. In addition, the enormous tidal forces in a black hole would likely tear a spaceship apart before it even passed the event horizon. Even if you could pass such a wormhole, you would not be in very good shape afterwards, as physicists determined a few years ago.

"All of these objections make it increasingly unlikely that black holes can ever be used by humans or other intelligent beings for interstellar travel," says Thorne.

But there may be an alternative ...