Why the graphics didn't improve after Crysis 3

Crytek has supplied the first-person shooter "Crysis" with patch 1.3, which should bring improvements and fix various bugs. In addition to the improvements, the new patch also brings new problems.

First to the improvements: With the patch, for example, invisible weapons that appear from time to time are to be made visible. A bug that is said to be responsible for a game crash after the boss fight has been fixed. Dogtags should be correctly unlocked after the patch. Especially in the PS3 version of the game, the aim-assist, which did not work correctly in some areas, has been repaired. You can find all changes in the official change log.

However, the new patch 1.3 for "Crysis 3" also brings some performance problems into play that did not exist before. Crytrek has already recognized the problem and is working on a small update to fix this problem, as explained here in the official change log. 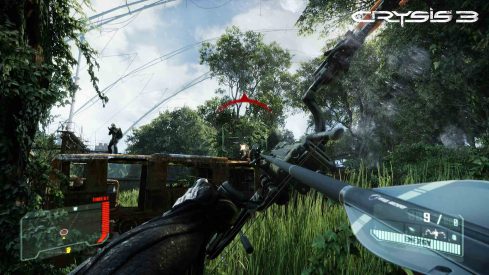 More news about Crysis 3.
(*) Links to Amazon, Media Markt, Saturn and some other retailers are usually affiliate links. When we make a purchase, we receive a small commission that we can use to finance the free site. You have no disadvantages.
<?