Why did the Romans never invade Ireland?

Why did the Romans never invade Ireland? 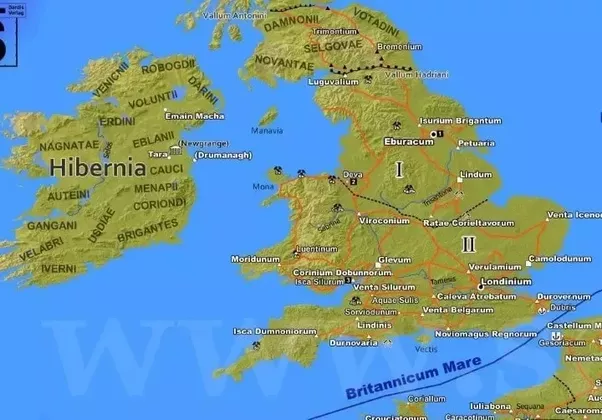 The Romans almost apparently invaded Ireland. The reasons they never made it to Dublin seem to have been partly geographic and partly political.

After the Claudian invasion of AD 49, the Romans were able to conquer most of what is now England fairly quickly, but had far more trouble subjugating the far west of Wales or Scotland to Argyll or Stranraer, which are the natural starting points for an expedition to Represent Ireland.

Even so, Gnaeus Julius Agricola was seriously thinking about the company until AD 82.

In his biography of Agricola, the historian Tacitus writes:

“In the fifth campaign, Agricola, who crossed in the first ship, interrupted several hitherto unknown nations through frequent and successful battles. and troops stationed in the part of Britain facing Ireland with a view to future benefits rather than fear of danger from that area. Because the possession of Ireland, which lies between Great Britain and Spain and lies abundantly on the Gallic Sea, would have established a very advantageous connection between the most powerful parts of the empire. This island is smaller than Great Britain, but larger than our sea. Its soil, its climate, and the manners and dispositions of its people hardly differ from those of Great Britain. Its ports and ports are better known from the gathering of merchants for commercial purposes. Agricola had received one of his little kings for his protection, who had been driven away by a domestic riot; and held it under the guise of friendship until the opportunity arose to use it. I have often heard him argue that a single legion and a few auxiliaries would be enough to completely conquer and subdue Ireland; and that such an event would also have helped hold the British back by impressing them with the prospect of the Roman weapons around them and, so to speak, banishing freedom from their eyes. "

Then why didn't he? Well, it seems that at this point events have intervened. First there was a partial mutiny within the Roman armies in Great Britain and then a Pictish uprising in Scotland that had to be put down. And just as Agricola had dealt with both, he was called back to Rome by the Emperor Domitian, where he conveniently died shortly thereafter. Apparently it was "something he ate that didn't agree with him".

In any case, Ireland escaped Roman "civilization" or at least the military version. 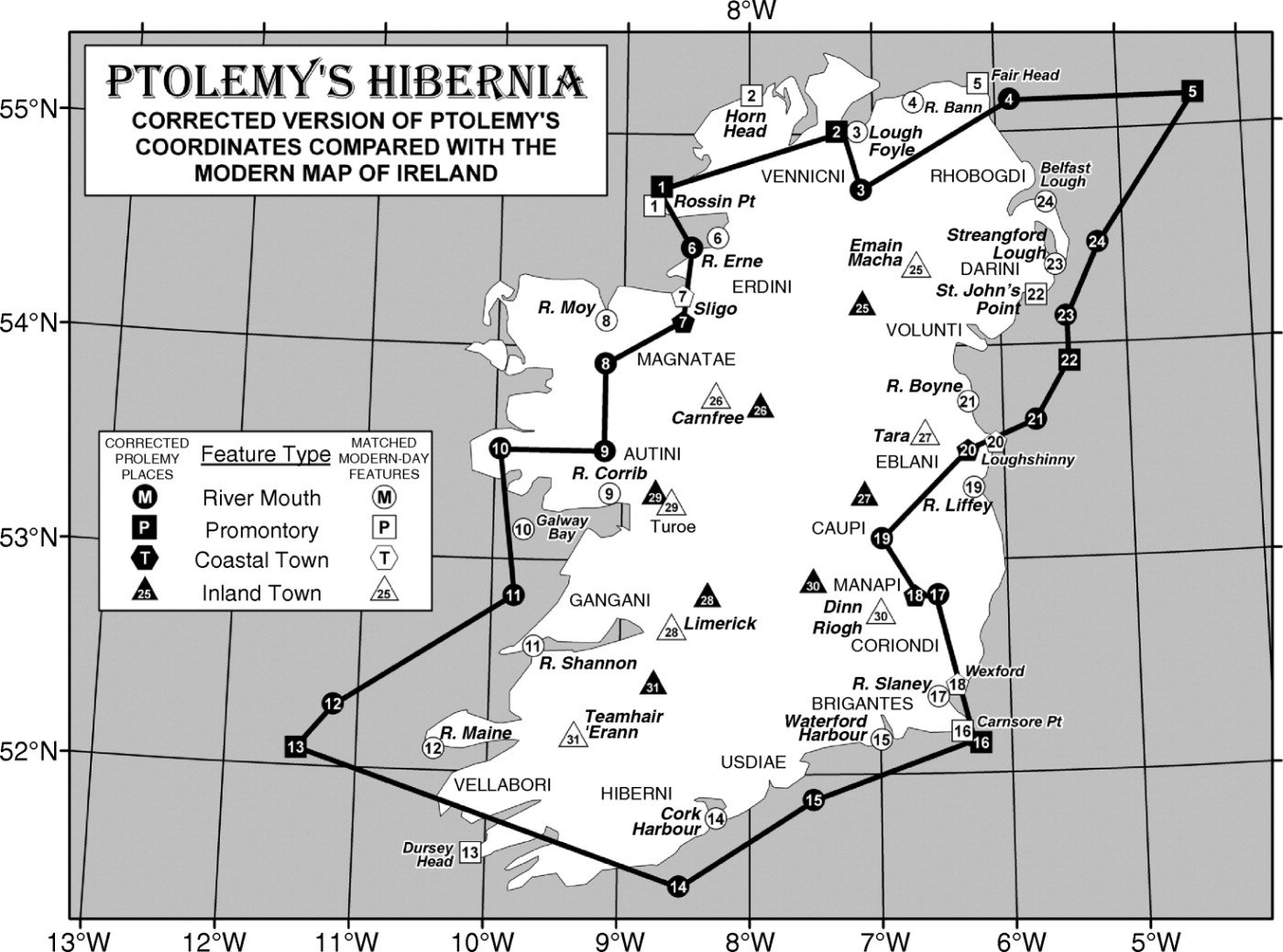 However, there is ample evidence of Roman trade links with Ireland and some knowledge of the island. By AD 150, Ptolemy had compiled an Irish map of Roman place names, apparently based on observations made by sailors and traders.

There is also archaeological evidence of Roman contact with the Irish, mainly archaeological finds of Roman coins and artifacts in three locations around Tara and Newgrange (see map above) and also that the clothing of the Irish "nobles" was around this time has changed, with the preferred tunics being adopted by the Romans. 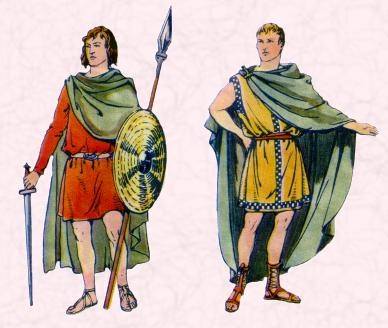 Another reason the Romans never cared very much about Ireland is that they may not have particularly liked the sound of the place. About 15 years after Agricola was called home, the "historian and geographer" Strabo wrote:

“In addition to some small islands around Great Britain, there is also a large island, Ierne, which extends in the north parallel to Great Britain and whose width is greater than its length. I have nothing definite to say about this island. except that its inhabitants are fiercer than the British, being both ogre-eaters and heavy-eaters, and furthermore, since they consider it an honorable cause for their fathers to die to devour them and have open sexual intercourse, not only with the other women, but also with their mothers and sisters, but I say this only with the understanding that I have no trustworthy witnesses for it, and yet this is supposed to be a Scythian custom in relation to the eating of men, too, and in emergencies that were forced by sieges, it is the Celti, the Iberians and several other peoples are said to have practiced it. "(Strabo Geography Book IV Part 5)

With such a report, one can see why the Romans might have preferred to stay on the other side of the Irish Sea. 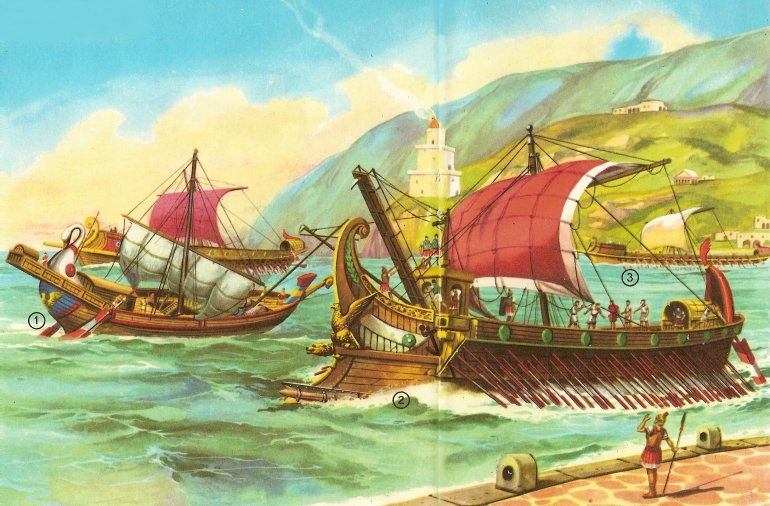 They went to Ireland and chances are they even started a military expedition there.

The Romans certainly knew Ireland existed. They called it Hibernia; they could have invaded successfully because the Irish / Hibernians still lived in tribes that spent a lot of time fighting each other. This meant that the Romans, who had already dealt with such societies in Britannia and Gaul, could possibly have defeated them.

In 82 AD the Romans began planning such an invasion, which was planned by General Agricola. This was because a little Irish king had been defeated in battle and immediately ran to Rome to ask for help. The Romans considered, and Agrippa believed that one legion would be enough to occupy Ireland.

There is evidence that they left because Tacitus wrote that Agricola sailed the sea from western Britain and conquered unknown tribes in Ireland, remains of a Roman camp (and other Roman remains) have been discovered. However, they likely just brought their Irish allies back to power and then went home, which isn't as much a waste of time and resources as it sounds because the Irish started raids on Roman Britain. They would arrive at a settlement, throw them away, take locals as slaves, and then go home. One of those locals who was taken as a slave is famous to this day. His name is Saint Patrick. You may have heard of him. In any case, a friendly ruler in Ireland would have meant that he could try to hold back Irish attackers.

On the other hand, the Roman remains might be evidence of trade rather than military adventurism. P.>

The reason the Romans never occupied Ireland could be because they were already overwhelmed and there was never the political will to add another distant island to their empire.