Outlook for China: COVID-19 goes - tensions with the USA remain 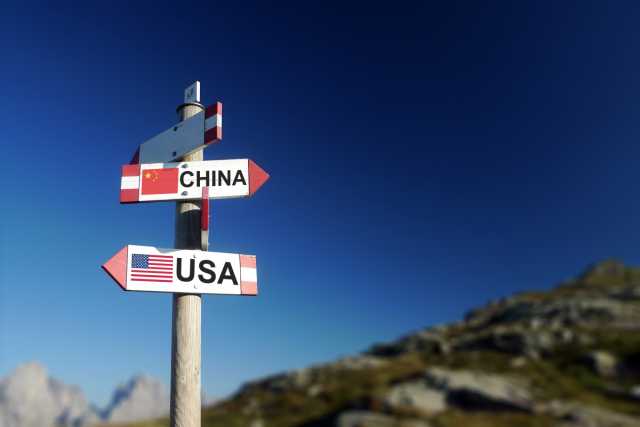 China, with its “first-in-first-out” dynamic, is on the way to normal. Which Factors play a role and what the outlook is for China, too Stefan Breintner, Deputy Head of Research & Portfolio Management at DJE Kapital AG, in the market commentary.

China's economy continues to recover from the corona shock of the first quarter or first half of 2020. In the past few months, there have been practically no new infections in mainland China after the record high was reached in February. Life is therefore increasingly normalizing in more and more areas. Stationary retail sales are recovering, although online sales continue to grow significantly faster. Restaurants in larger cities are often back to more than

90 percent capacity utilization, major events such as weddings or trade fairs are taking place again and travel is also increasing.

Due to the ban on foreign travel, however, the Chinese mostly undertake short trips within China or within the respective Chinese province. Preferred accommodations are primarily luxury hotels, as most tourists believe that these have a better hygiene concept. Regions that are currently benefiting greatly from this are, for example, Hainan and soon the Macau Special Administrative Region, which is perfect for short breaks. Most Macau visitors come from neighboring Guangdong Province, which recently lifted the quarantine requirement when re-entering Macau.

As a result, it is conceivable that during “Golden Week” at the beginning of October there will be a significant increase in the number of visitors and thus also in gambling revenues. The casino and resort operators based in Macau, all of whom have had very difficult months behind them, would benefit from this. Their business figures for the third quarter of 2020 are likely to turn out bad again - with the fourth quarter, there could be an improvement. In the longer term, Macau will remain very interesting anyway and it seems realistic that the central government in Beijing has a great interest in the success of the second special economic zone next to Hong Kong. In addition, one wants to avoid dissatisfaction among the population so as not to risk unrest like in Hong Kong.

The economic recovery in Hong Kong is likely to drag on for much longer after the corona measures and the riots in general. The absence of Chinese tourists and investors from mainland China is an enormous burden on the metropolis. Real estate prices in Hong Kong are therefore likely to continue to fall for the time being. From the high, the actual transaction prices have since dropped by more than 20 percent.

From today's perspective, a quick recovery in retail sales in 2021 is just as unrealistic as a quick return of tourists from mainland China. Real estate companies with a focus on Hong Kong, operators of hotels or restaurants, and retailers are therefore likely to face a difficult year 2021. In general, the Hong Kong policy of the Chinese central government enjoys great support on the mainland. Mainland Chinese see the protests mostly as an attack on themselves and China. Countries or cities that turn against China are usually avoided by Chinese tourists for years.

The management of the corona crisis by Xi Jinping and the Chinese central government is also very popular with the population. The leading Chinese virologist Zhong Nanshan is considered a hero in China, while his US counterpart Dr. Fauci has been pilloried many times by US President Trump. Overall, the Chinese central government and thus also the communist party seem to have much greater popular support than the western media assume or report. Patriotism in China increased under Xi Jinping.

The Chinese are generally buying more and more domestic products, and selected “domestic brands” are clearly on the rise. This tendency is likely to continue, which in turn implies headwinds for many western and US consumer goods manufacturers in the future, as their products may be less in demand on the often highly profitable Chinese market. However, manufacturers of high-quality luxury items are likely to be excluded from this. Chinese consumers are generally by far the most important customer group for the large luxury corporations. Sales in China are currently booming, expensive handbags & Co. are in great demand. While these used to be bought in Milan, Paris, London or New York, Corona has completely shifted sales to the domestic market. Operators of luxury malls in tier 1 cities such as Shanghai are therefore reporting that business is currently very good.

In general, growing domestic consumption is likely to be the most important driver and, at the same time, stabilizer of Chinese economic growth in the next few years. Consumption currently represents around 38 percent of Chinese GDP. In western industrial nations this proportion is often up to 70 percent, in the USA even a little more. By focusing on domestic consumption and targeted promotion of specific regions and technologies, China wants to make its own economy less dependent on foreign countries. Promoting independence is also likely to be a stated goal in the upcoming 14th five-year plan, which will be adopted in March 2021.

Even under a possible new US presidency of Biden, tensions between China and the USA are likely to persist. COVID-19 will sooner or later go away in China, but tensions with the US will remain. However, the tone between the two sides could become more moderate in the case of a Biden election. In addition to a massive increase in domestic demand, one of the most important strategic goals in the coming five-year plan is likely to be that China will become increasingly self-sufficient in terms of important (energy) raw materials and technological key components such as high-performance computer chips, i.e. it will hardly be dependent on other countries. The focus of the conflict with the USA should therefore remain the pursuit of technological leadership in the coming years: “Semiconductors are the battleground” was a phrase that one heard again and again from many experts. The medium to long-term consequences for the chip industry, especially for the large US chip producers (China sales often well over 20 percent) are very difficult to estimate. Should the USA expand its so-called blacklist in addition to Huawei to include other significant Chinese technology companies, the corresponding answers from the Chinese side should follow. One of the beneficiaries of this development would then be South Korean or Japanese chip producers. At the moment, China is strategically and very cautiously responding to Trump's policies, but this could look different after the US election campaign.

Despite the fact that China managed the Corona crisis better or more effectively than most other countries and the latest economic data was convincing, there are numerous uncertainties with regard to the expected growth for 2021. The growth forecasts for Chinese GDP in 2021 are currently around 8.4 percent (after around +2.7 percent for 2020). To ensure growth, the Chinese government will continue to use stimulus measures in 2021. As in many years before, many billions of renminbi will flow into infrastructure projects in the coming year. Many local governments are currently preparing numerous new projects that should be approved and implemented quickly. At the moment, China seems to be concentrating more on domestic projects and less on multinational projects such as the “Belt and Road Initiative”, also known as the “New Silk Road”.

In addition to further improving the transport infrastructure, the focus is on increased investments in the health sector. This is growing roughly twice as fast as the Chinese GDP. Growth rates in sub-areas such as telemedicine are currently over 35 percent. Investments in the expansion of the nationwide 5G network and in the charging infrastructure for electric vehicles are also high on the agenda. Sales of electric cars in China are likely to grow by around 25 to 30 percent p.a. over the next few years.

Giant investments in renewable energies, primarily solar and wind energy, are also planned. This seems plausible, as it brings us closer to the goal of lower dependency on energy imports from abroad. The renewable energies or “cleantech” sector is a promising segment. In general, increased infrastructure spending goes hand in hand with an increasing demand for metals and raw materials - which in turn could have a positive effect on the raw materials and basic resources sector.

News, backgrounds and analyzes. The business editor for Asia Investments.
<?