Can hackers or police officers track my cell phone? 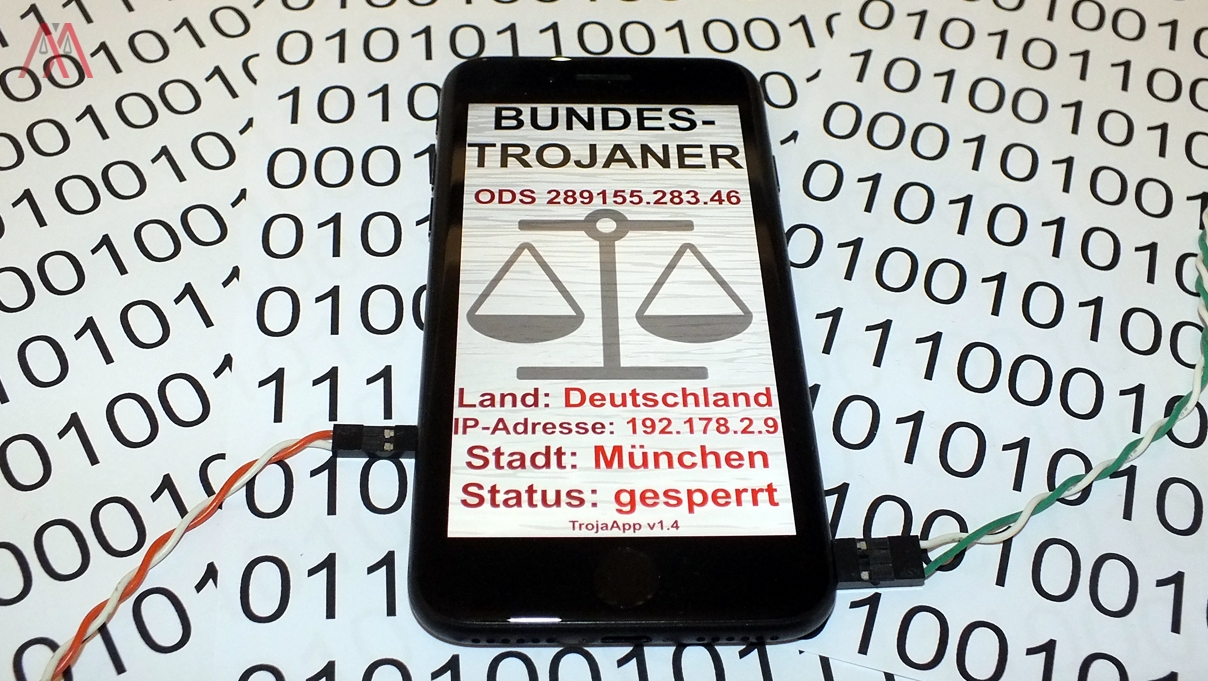 What if I told you that the police can access your computer systems - both computers and cell phones - to read, listen to, and / or collect your data live from your communications. Would you like to know how the police can do this?

The concept comes from Greek mythology. A wooden horse that was "filled" with Greek warriors was given as a gift to a king to invade his besieged citadel. The German law enforcement agency's Trojan horse is more of a software than a wooden construction, but the way it works is comparable to the Trojan horse. The attack takes place when the user downloads a computer program or visits a website on their device. This will install spyware on your device under the guise of a legitimate and reliable download.

Installation is also possible by exploiting computer errors. In addition, the police can use certain social engineering methods to achieve their goals. For example, it could email the Trojan horse or infected files directly to the person being monitored. Once the spyware is installed on your computer or mobile phone, the police could access the data stored on the hard drive as well as WhatsApp, Skype or Facebook conversations. In this article I am going to show you the conditions under which law enforcement agencies can collect your private data.

What is meant by source TKÜ

The so-called Quellen-TKÜ is a special type of telecommunications surveillance measure that was invented in response to the rise in encryption in computer-aided communication. Encryption can be defined as the process of converting information or data into code to prevent unauthorized access. Only computers and users can access encrypted data using appropriate software or a decryption key. A large part of messaging and video conferencing computer programs today employ such techniques to protect their users' data.

The encryption thus prevents the use of more conventional communication monitoring methods, which intercept the messages between a sending computer and a receiving computer. Law enforcement agencies can still intercept messages, but that is useless to them as they cannot access and read their contents. The idea of ​​the source TKÜ is therefore to intercept the communication before encryption or after decryption by secretly implanting spyware on the computer or telephone of the sender or recipient. The information can be collected directly at the source if it is not yet or no longer protected by encryption.

However, the measure can only aim at the monitoring of so-called "ongoing communications". It is thus possible to intercept Skype conversations or WhatsApp chats, but not to restore information stored on the computer or mobile phone, such as photos or other documents that the user had saved on the hard drive. However, there is one exception: the public prosecutor's office is allowed to restore stored data if it originates from encrypted ongoing communications and could have been collected in the same way.

What exactly is meant by online searches?

The online search is also a special form of TKÜ. Similar to Quellen-TKÜ, this measure is based on the previous infiltration of a computer system by Trojan horse software. The biggest difference between the source TKÜ and the online investigation lies in the nature of the data collected. The online search supplements the quellen-TKÜ by providing access to the data that is already stored on the computer or mobile phone of the person concerned. This measure enables law enforcement agencies to access documents, photos, videos and other stored files. The law does not preclude the police from using spyware that enables the microphone and camera of the computer or phone to be turned on to record pictures and sounds from the suspect's surroundings. The scope of the monitoring is thus broader compared to the source TKÜ, the arrangement of this measure being subject to more restrictions. From a technical point of view, the spyware is similar and it is sometimes difficult to practically differentiate the two measures.

Under what conditions can the police read WhatsApp and Facebook chats

The court can decide to carry out a source TKÜ or an online search if certain facts give rise to the suspicion that someone as a perpetrator or participant has committed a serious crime. According to Section 110a (1) of the Code of Criminal Procedure, the act must weigh heavily in individual cases, which makes it necessary to examine the individual circumstances. From the point of view of proportionality, it must also be clarified whether the investigation of the facts or the determination of the whereabouts of the accused would otherwise be significantly more difficult or futile.

According to Section 110a (5) of the Code of Criminal Procedure, the implementation of the software and its use may only lead to changes to the computer that are inevitable for data collection. As far as this is technically possible, the computer must be restored to its original state. In addition, it must be ensured that the installed spyware and the data collected are not used with fraudulent intent. Furthermore, various documentation obligations such as the logging of the name of the technical means and the time of its use must be observed.

Must be ordered by the court to read the news

Law enforcement agencies require a court order before the source TKÜ or online searches are carried out. However, there is one exception: in the case of imminent danger, the order can also be issued by the public prosecutor's office on the condition that the court confirms it within three working days. The duration of an order from the court depends on the measure. The Quellen-TKÜ is limited to a maximum of three months and may not be extended for more than three months. The extension can be repeated as long as the prerequisites persist. The use of online searches is more limited in time. The investigating judge can actually order such a measure for a maximum of one month, with an extension of one month being possible.

All messages can be accessed by law enforcement agencies

The Basic Law prohibits the collection of data from the core area of ​​private life. Which data are subject to the core area is determined in each specific case by assessing the overall circumstances. In principle, expressions of feeling, expressions of unconscious experience and expressions of sexuality may not be recorded. If the law enforcement authorities obtain chat logs that contain expressions of love or other intimate expressions by means of the spyware, they are generally not allowed to use them against the accused, apart from cases of sexual criminal law for the time being.

The situation in Bavaria

According to the national criminal procedure code, ordering a source TKÜ or an online search presupposes that a criminal offense has already been committed or attempted, but at least prepared. The collection of data for preventive purposes is not provided for in the Code of Criminal Procedure. However, the individual federal states have the option of expanding the powers of their police forces and allowing the aforementioned measures to be used for preventive purposes. The Bavarian Police Act, which came into force on May 25, 2018, provides for the possibility of accessing private computers to prevent criminal offenses. In Bavaria, the law enforcement authorities can preventively access WhatsApp or Skype user communication. On the other hand, access to data stored on the hard drive of a computer or cell phone is not permitted if there is no suspicion of a crime.

Can your messages also be read in Switzerland?

Since January 1, 2018, the Swiss law enforcement authorities have had comparable measures to detect criminal offenses. The Swiss Code of Criminal Procedure has also introduced regulations that allow the installation of spyware in citizens' computers and other telecommunication devices. These computer programs are called govware (for government software) in Switzerland. Govware works on the same principle as German Trojan horses. The requirements for the arrangement of govware are essentially comparable with the requirements to be observed in Germany. In Switzerland, as in Germany, the presence of an urgent suspicion is required, whereby the urgent suspicion of a serious crime would also have to be present from a predefined catalog. As in Germany, the principle of proportionality must be observed in Switzerland. Unlike in Germany and specifically in Bavaria, no source TKÜ or online searches may be ordered in Switzerland for preventive reasons alone.