How do you say white in Tagalog

Current: Today, February 17th, 21st, the new dates for the Tagalog courses for beginners (online) 2021 were published with our favorite teacher Vincent Wongaiham-Petersen. Since a big rush is expected again this time, you should hurry to get one of the coveted places :) 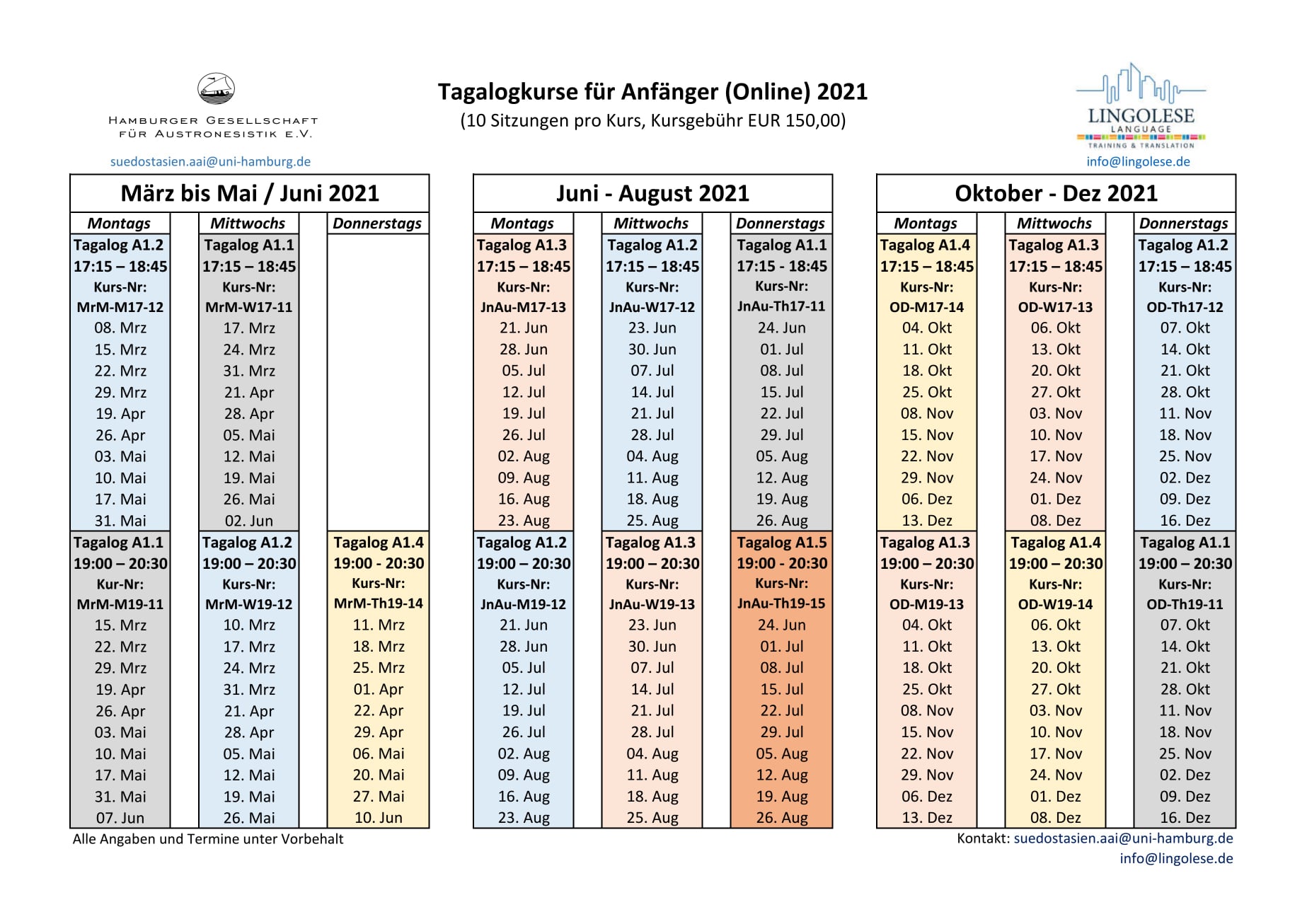 Filipino is actually Tagalog (The emphasis on this word is on the "a" in the second syllable, so about [Tagálog]), and Tagalog is mostly Filipino as well. In any case, this Filipino language was declared the main language of the Philippines under American colonial rule about 100 years ago and is now spoken by a large number of Filipinos; however, this tends to apply more to the north of the country and also to Palawan.

In the south, i.e. around Cebu and on Mindanao, Visaya or Cebuano is spoken mainly or some variants of it such as "Waray-Waray". Filipino is the language number 1, at least in the capital Manila, although English is also very widespread and is finding its way into Filipino / Tagalog. Both Tagalog / Filipino and Visaya / Cebuano are "spoken naturally" by many people, with around 40% "native tagalogs" and almost 30% "native cebuanos" (see e.g. inquirer.net).

We have attached a few important terms in Filipino for those who want to learn a little Tagalog or Filipino (sometimes the correct pronunciation is in square brackets []):

"Guten Tag" - "Magandáng hápon" [with hapon it is essential to say há-pon and not about ha-pón - because that would make the morning Japanese overall: D]

"Good evening" - "Magandang gabi" (on Visaya the equivalent would be something like "maayong gabii", where the second "i" is also pronounced)

"Danke / Dankeschön" - "Salamat" [emphasis on the second syllable with a long "a", ie sa-laa-mat] (the polite form would be "Salamat po"; the appendix "po" should be used especially with older people )

"You're welcome / No problem" - "Walang anuman"

Filipino on the move

“Where can I find a good hotel?” - “Saan pwede'ng likes hanap ng hotel? (The pronunciation of “saan” is such that both “a” are pronounced separately from each other “sa-an”; “pwede” is pronounced like [poide]; the second “ng” in the example like [nang])

"Do you still have a room?" - "Mayroón ba kayóng kuwarto?"

"When does the bus arrive?" - "Kailan darating ang bus?" 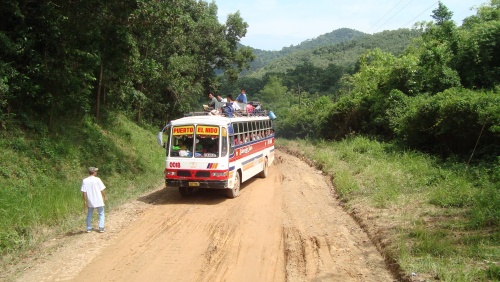 If the bus takes a little longer again ...

"Vegetables" - "gulay" (please note that Filipinos like to chop up some meat even with supposedly vegetarian dishes to make it "tastier"; if you really want to eat vegetarian, you have to do so when ordering "vegetables" make clear)

This information is of course without guarantee; if you find a bug or have a suggestion, please just send a short e-mail to info [at] philippinen-tours.de or use our contact form - thank you very much! Many thanks at this point also to Christian K., who supplemented our remarks.

An excellent online dictionary for learning Tagalog - English can be found at www.tagalog-dictionary.com. Another good way to learn languages ​​is learning folk songs: one of them is “Sitsiritsit, Alibangbang” (Hey, Hey, Butterfly!), Which is quite popular in the Philippines. We tried to translate this song here.

Current Tagalog courses: There seems to be regular - irregular online courses (via Zoom) through the University of Hamburg again. We came across this great offer by chance via a Facebook group and can highly recommend it. The lecturer Vincent Wongaiham-Petersen is not only a native speaker with many years of pedagogical experience, but also conveys many important cultural details in his lessons in order to promote a deeper understanding. Further information can be found on this subpage of the Asia-Africa Institute at the University of Hamburg.