Interview with Violeta Urmana
"I like a language the better, the better I can speak it" 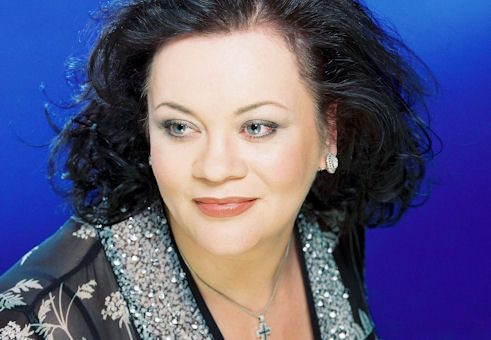 Violeta Urmana, opera singer, is at home on the world's most famous stages.

Which languages ​​do you speak?

I speak German, English, Italian, Russian, Polish and also Spanish and French; but the latter is still not so good.

How did you learn these languages?

I learned Russian at school; there, however, the foreign languages ​​- in my case it was English - were not given as much importance and not taught as many hours. I learned Polish from Polish radio and television. I already dealt with German on my own in Lithuania, but I really learned it in the first two months in Germany.

What is your favorite way to learn? What is your recommendation for foreign language learning?

First of all, one should realize how urgently foreign language skills are. Today many of us “wander” around the world. Languages ​​are not only needed in everyday life, but also at work. And in order to obtain information on the Internet, one should also speak as many languages ​​as possible. My method of learning the languages ​​is probably not ideal. I've never really delved into the grammar of any language, I'm self-taught. When I come to a country for the first time, I immerse myself in its language, read, hear, taste and feel it. Of course, it would be ideal to have a teacher who would help me learn grammar. I sometimes find it difficult to express myself, even if I understand everything quite well while listening.

Have you ever put your foreign language skills to practical use?

As an opera singer I travel to many different countries, I have to communicate with directors, colleagues, conductors, fans and journalists who speak very different languages. Today nobody wants to be constantly on the move with an interpreter.

What does multilingualism mean for you?

Do you have favorite words in other languages?

Probably yes, but now I can't think of any ... Yes, I often get into thinking about some Lithuanian word and am amazed at its very special sound. Then I ask my husband, who is Italian, to pronounce the word and I am always amazed how our forefathers came up with such words ... So archaic and special ... At such moments I feel proud of the peculiarities of Lithuanian culture.

Besides Lithuanian, I like German very much. I've noticed that the better I can speak a language, the more I like it.

Do you associate your foreign languages ​​with certain feelings?

Which languages ​​do you still want to learn?

It would be good if I learned Japanese because I have a great weakness for Japanese culture - but my knowledge will probably be limited to the menu of a Japanese restaurant ... Right now I feel the need to expand my modest knowledge of Spanish. French would be good too, but it's a pretty difficult language. I can understand many individual words, but combining them into sentences while speaking is still hopeless for me ...

Do you find a certain language more difficult than others?

Probably Chinese. And the other Asian languages ​​with their own characters that I can't even read. Shopping in a Japanese supermarket alone is almost impossible.

What do you recommend to the younger generation?

Arm yourself with patience and diligence, then you can learn any language and any profession. Nowadays it makes sense to learn foreign languages ​​as a child. When I went to school in the Soviet era, I had no prospect of ever going abroad. But I learned Verdi's “La Traviata” in Italian on my own, although nobody asked me to. The Italian lessons at the Conservatory - those were annoying chatting hours in which not a single Italian word was uttered. I was able to write letters in Polish, which I also learned through my own curiosity. Polish television and radio were our window to the world back then. I learned German vocabulary on my own every day on the bus. Nobody can do that for you. First you have to invest, later it will pay off.