What is a yacht club

A series of articles on the history of the WYC by Volker Göbner
Published in the Schwäbische Zeitung (on January 12, 2011)

The First World War abruptly slowed the rapid growth of the Royal Württemberg Yacht Club, founded in 1911. The port was made available to the Bodensee-Flotille, a border troop, and some of the leading KWYC members also did their military service here.

With the end of the war came the revolution that forced King Wilhelm to withdraw from his throne. Accordingly, he officially resigned from the office of commodore of the KWYC, but was still listed as an honorary member and respected accordingly. The initiator of the yacht club died on October 2, 1921.

Over time, but also accelerated by the heavy motor boats, the access channel to the port silted up and had to be dredged in 1919. In particular, the procurement of the fuel for the excavator caused difficulties. After that, sailing operations could be resumed, as hardly anything of the equipment (lead keels and sails) confiscated during the war had disappeared. The first week of Lake Constance after the war began in August 1920 in Friedrichshafen. The KWYC already had 358 members again!

In the midst of the inflation, four sailors from Lake Constance went on an adventurous trip in 1923, including Franz Plunder and KWYC sailing master Joseph Ledergerber, two members of the KWYC. They wanted to cross the Atlantic with the 14-meter-long yacht "Sowitasgoht V", which was built by boat builder Plunder in Bregenz. "Take a closer look at them, they are drowning anyway," said a woman when she was launched in Bregenz, which an unimaginable 12,000 people wanted to see at Easter 1923. But Plunder and his fellow sailors started in Hamburg at the end of June and actually arrived after 61 days at sea in New York, where they were celebrated heroes. For the first time, such a nutshell had successfully crossed the Atlantic.

At home, however, they were quickly forgotten. A completely different problem was faced here with the huge inflation. In 1925, the KWYC acquired the large hall of the Dornier-Flugwerft in Seemoos as a winter storage hall and leased the area from the House of Württemberg.

The presidency of the first chairman lasted 15 years before Carl Freiherr von Gemmingen-Guttenberg handed over the management of the KWYC to the Ulm manufacturer Max R. Wieland in 1926. Very few documents from this period have survived, as the club's archive and the clubhouse burned down on a night of bombing in 1944. Wieland ran the club with heart and mind - that much has been handed down. He was a passionate and successful sailor and as an entrepreneur he also had the economic well-being of his beloved club in mind. 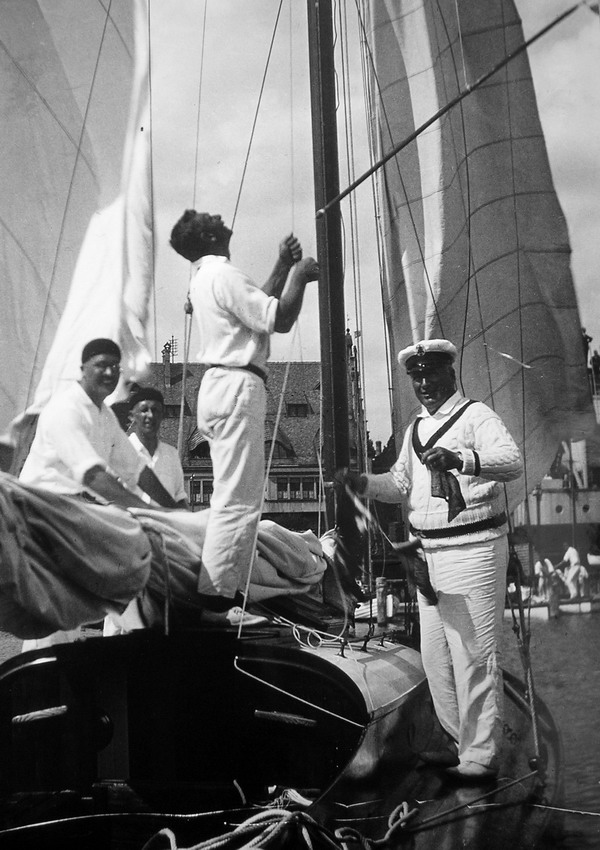 The Ulm entrepreneur Max R. Wieland (on the right in the white sweater) was President of the Königl from 1926 to 1935. Württemberg yacht clubs. He successfully sailed with his yachts "Seewiesel" and "Bettina", which can be seen here in the picture.

In 1934 Wieland fell seriously ill. The general meeting was even moved to his place of residence in Ulm. At that time a different wind was blowing in Germany, which the freedom-loving sailors didn't really like. The club had to change its statutes for the first time during this period. Wieland became the “club leader”, formally the other board members were now to be appointed - but that didn't really change anything in terms of staffing. Wieland died in 1935, and was succeeded by Wilhelm Krose from Langenargen.

With a heavy heart, the Royal Württemberg Yacht Club had to remove its club flag in September 1935. Because with great effort up to the Reich Chancellor and with the consent of the Emperor, the KWYC, directed by King Wilhelm, had provided the black-white-red national flag with the royal coat of arms, the shield with the three stag antlers and the royal crown above it. The members have proudly carried this exclusive flag on their boats since 1913. Their forced parting was correspondingly painful.

The KWYC was to undergo some changes during the time of the Third Reich. 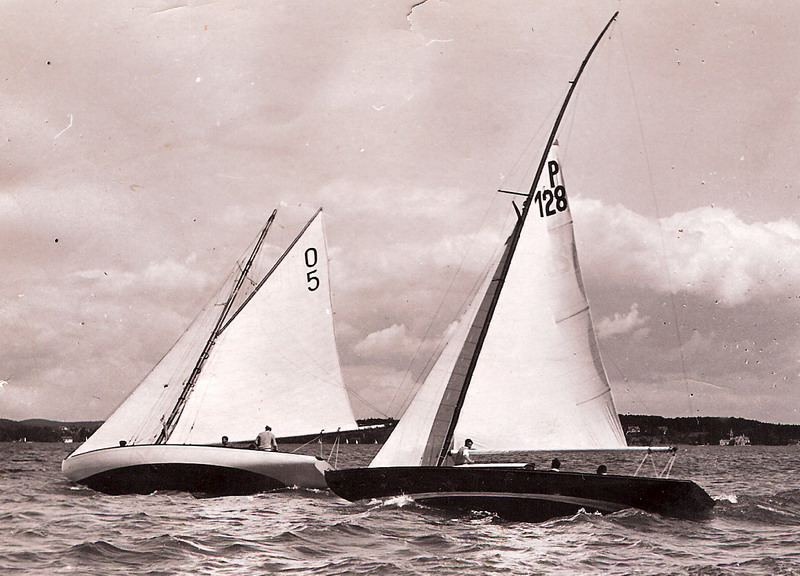 The sporting competition flourished in the 1920s: the Konstanzer “Föhn” (O5) and the “Hadumoth II” (P128) from Otto Magirus from the Royal Württemberg Yacht Club often met on the lake.