Why is beauty always preferred to the brain? 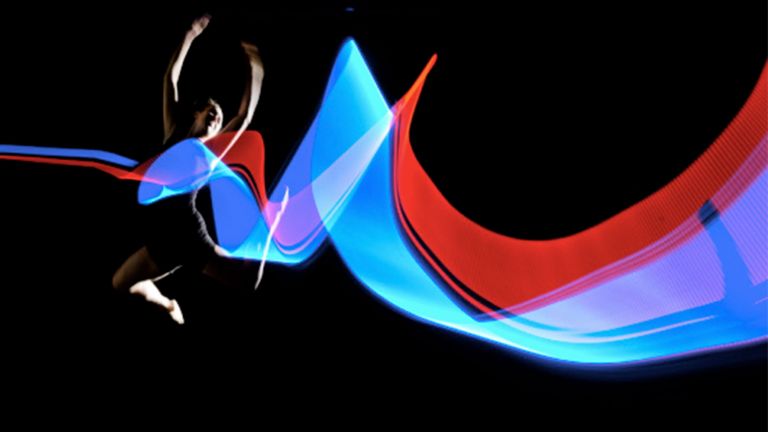 Our body is constantly in motion. For us this is a matter of course. But behind all activities there is the perfect interaction between the motor systems in the brain and spinal cord and the 650 muscles that direct them.

The sound of powerful footsteps penetrates the spectator benches. The players rush across the red sand of the tennis court - left, right, in front of the net, back to the baseline. The eyes are focused on the small ball, which changes sides at impressive speed. Suddenly a precise backhand directly to the sideline, an energetic smashing blow - and the match is over.

When laypeople follow the competitions of professional athletes, they are amazed at the precision and power of the movements. In doing so, they sometimes forget that they too achieve remarkable things countless times every day in this regard. Because even just walking, lifting a shopping bag and writing a letter require a complex interplay of different muscles and muscle groups that are precisely timed to relax and tense up. And not only that: In order for hand and finger to actually have written their own name at the end of a movement sequence, a precise coordination of intention and execution is required (with tactics to the goal - movement planning).

Compared to language or the ability to learn, motor skills are often an underestimated human performance: Because many movements occur unconsciously or have been automated over the years, we give very little thought to the processes behind them. However, anyone who has ever watched a toddler learn to walk, or remembers their first few lessons on the bike or piano, will get an idea of ​​how complex many movement sequences are that one can do so seemingly effortlessly. The number of muscles in our body speaks for itself: a good 650 are responsible for moving a person, around 30 of which are responsible for facial expressions alone. And in the brain, too, a large part of the cortex is associated with the control of motor skills (command center for movements).

Without the targeted movement of muscles, we would not be able to live. Not only arms, legs or hands are directed by the bundled muscle cells. The movements of the eyes, the lips when speaking, the straight posture and the regular breathing also take place thanks to coordinated contraction and relaxation of the muscles. The beat of the heart is muscle work, the movements of the intestine - and even blood pressure and blood flow are decisively influenced by muscle activity.

Only the motor skills make it possible to transform thoughts into actions, to react to the environment or to come into contact with others. As early as the 1920s, the English neurophysiologist and pioneer of motor skills research, Charles Sherrington (1857 - 1952), summed up the importance of motor skills for our lives in one sentence. He said, "Movement is all that humanity can do."

A movement is controlled by certain nerve cells, the so-called motor neurons, of which there are two types: The lower motor neurons stimulate the muscle fibers of the skeletal muscles via their cell processes - the axons - and thus ensure their contraction. Their cell bodies are located in the spinal cord, the medulla spinalis. That is why they are also called spinal motor neurons. Some reflexes are initiated directly by the lower motor neurons, such as the well-known patellar tendon reflex, in which a light blow on the tendon below the kneecap causes the lower leg to swing upwards. Because the responsible nerve cell impulses do not even have to reach the brain, they are particularly fast and can take on protective functions.

The central motor system, which also monitors our posture, is responsible for voluntary movements. This includes certain pathways in the brain stem and spinal cord, the cerebellum and a considerable part of the cerebral cortex - the seat of higher brain functions. The motor cortex contains cell bodies of the second group of motor neurons, the upper motor neurons. From there, about a million of them send long axons into the spinal cord. The upper motor neurons never stimulate a muscle by themselves. Instead, they activate the lower motor neurons, which transmit the signal, and thereby indirectly trigger a contraction of the muscles (expressway through the spinal cord).

A bidirectional flow of information determines the motor skills

There is a certain division of labor in the motor system: The uppermost control, so to speak, the authority to pull out the arm or swing the dancing leg, is held by the motor association fields, which are mainly located in the parietal and prefrontal cortex. This is where the movement goal is determined, for example, that you want to grab the knife and use it to cut your vegetables, and the most suitable movement strategy to achieve this movement goal. After the "what" has been clarified, the motor cortex and cerebellum take over the "how" of the sequence of movements. These two brain areas are the tacticians when it comes to movement control, they determine which muscles should be contracted in which sequence. The brainstem and spinal cord are then entrusted with the concrete execution of the plan. This is where the motor neurons are located, from which the muscle cells are ultimately stimulated (strategy, tactics, execution - the networks of movement control).

How difficult this can be in practice and how many parameters have to be considered is perhaps best illustrated in modern robotics. Engineers there often work for months on programming a humanoid robot to precisely program the movement sequences that we implement within fractions of a second. Above all, determining the necessary strength and fine motor skills pose problems for them: How tightly can a robot grip so that the glass in its hand does not break, how exactly do the fingers have to grip a pen so that the machine can make a drawing? In the human body, the rate of discharge of the motor neurons or the combination of the irritated muscle fibers determine these fine-tuning. They are significantly influenced and guided by sensory feedback that the central nervous system receives before and during the execution of the movement. A bidirectional flow of information determines every movement (motor fine-tuning - the modulation of movements).

The fact that, unlike the robotics engineers, we don't have to think about it any further, is partly thanks to our ability to learn through motor skills. Because most of the daily movements, once you have acquired them, run automatically and unconsciously. Walking, for example, or crawling in the swimming pool. Even a quick look in the rearview mirror or switching the indicator is no longer worth a thought for experienced drivers - while novice drivers still have to concentrate.

The advantage of motor learning is obvious: If the movements are unconscious, the brain has more capacity to deal with other things. From an evolutionary point of view, this makes sense because it helped our ancestors to survive: If running and climbing are automated, you no longer have to focus on other things: an angry bear trying to kill us .

Fortunately, encounters with bears are rare today. In return, we now benefit from motor learning in a different way: for example, when an experienced pianist no longer has to pay attention to the notes while playing the moonlight sonata by Ludwig van Beethoven, but can instead focus all his attention on his musical interpretation.

Reply to by leyh