How clever are turtles

According to one study, giant tortoises are quite intelligent - and can remember what they have learned for years. Even behavioral researchers are surprised by the results.

The focus of the experiments was a 120-year-old giant tortoise named Schurli from the Schönbrunn Zoo in Vienna. As part of the study, Schurli and two other conspecifics received a carrot as a reward when they bit into a blue ball. The trio quickly understood that, according to the researchers. 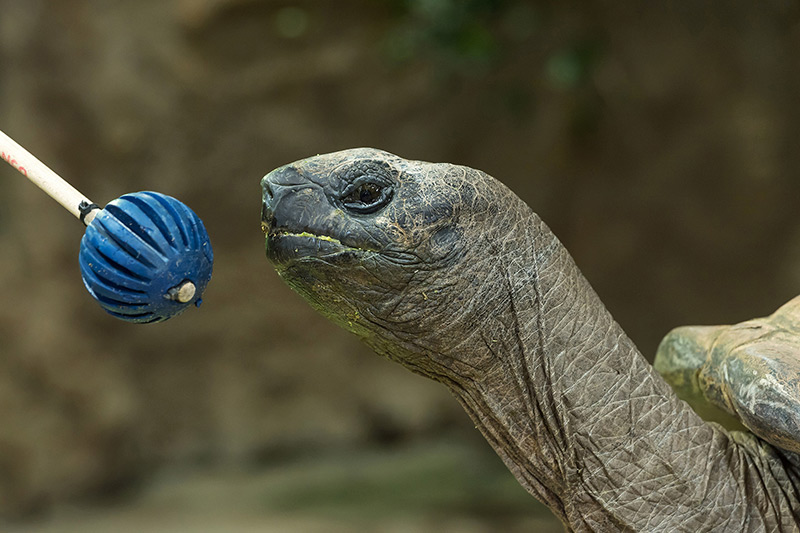 In the second part of the study, each turtle was assigned a ball of a different color. The reptiles quickly understood this as well. After three months the animals were tested again. And again after nine years - both times with success: “It was amazing. All turtles could remember the task straight away. This proved that turtles can learn and have a well-functioning long-term memory, ”said Anton Weissenbacher, curator at Schönbrunn Zoo. The results of the study were published in the journal "Animal Cognition".

More on this topic: