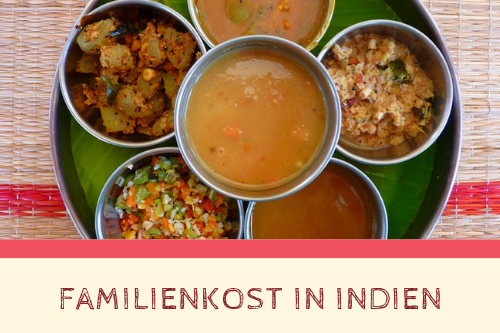 I am pleased to be able to tell you about my personal experiences with family food in India in the first article of our new series. As part of an internship abroad, I was in Tamil Nadu, India for half a year in 2006/07 and lived there with a host family in a village. India is a huge country with many different religions and traditions - just as different are the eating habits in the north and south. In the following article I would like to tell you about the family meal in South India ...

In South India is the Mother responsible for feeding the family. She gets up early in the morning as the first family member and makes tea or coffee for the individual family members. Tea and coffeeare not to be compared with the tea and coffee we know ... they are both very sweet and are mixed with fresh milk. The milk is fresh in the truest sense of the word, because it comes fresh from the cow. 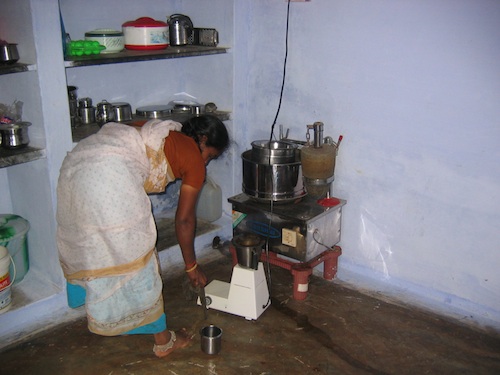 My host mother in her kitchen (an open but covered room outside the house).

To the breakfastthen there are almost exclusively hearty dishes. Typical are hearty pancakes (“Dosa”) with coconut chutney or lentil rice cakes (“Idli”) with a spicy sauce (“Sambhar”). In some places, however, curry with pork or the like and a kind of white bread (“poori”) is served early on.

In South India, the family does not sit together at the table like we do here. Is eatenusually cross-legged on the floor. If there are several men in the house, they eat first. Then the women and children eat and finally the housewife alone. Another big difference is that in India no cutleryis used. The right hand is used to eat. That sounds easier than it is. However, it takes some practice to be successful. The left hand has no place in eating because it is unclean - in India the left hand is used as toilet paper with water. In South India, the food is usually not served on a plate, but on one Banana leaf. The advantage is that there are plenty of banana leaves (there were some banana trees in front of my host family's house) and can simply be thrown away after eating. When you're done, simply fold the banana leaf together. The way in which it is folded indicates whether it was tasty or not. 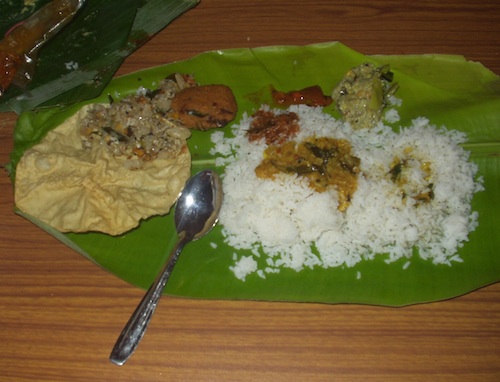 South Indian Thali - A typical meal with rice, various vegetarian and
Meat curries, Indian bread and salad served on a banana leaf.
The components of a thalis vary from region to region.

Noonfamily members usually eat on the go. The children get lunch boxes with them to school with rice and sauce in them. riceis the staple food in India. I couldn't see him after a few weeks. However, there are also "Fast food-Stalls “on the roadside and in the cities. South Indian fast foods are e.g. deep-fried dumplings or hearty pancakes with potato filling ("Masala Dosa").

in the eveningThen there is rice or hearty pancakes ("Chappati") with different curries. 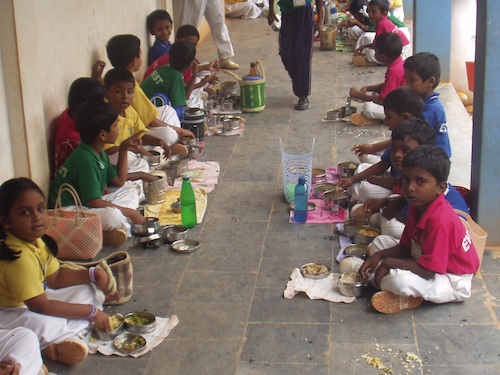 My Indian school children at lunch.

The south indian cuisineis world famous and very tasty. There is a healthy spiciness inherent in it, which most Germans have a lot of tongues on. In India, however, even the little ones are used to it. Babiesreceive only breast milk for the first 6 months. It is quite normal for mothers to breastfeed their babies as there are no alternatives. In the rarest of cases, a mother cannot feed her baby with her own breast - then the baby will get breast milk from another woman. The babies do not get any tea or the like in the first six months either. This is because the water quality cannot be compared in the least to our water quality. After six months, the babies slowly get used to solid food. You will then get soft foods like rice pancakes and bananas. Then they are slowly introduced to the everyday kitchen. In India, too, ready-made baby food and other complementary food products can be bought in the larger cities - but only the better-off Indians can afford them.

In summary, I can only praise the Indian cuisine in the highest tones. I miss them very much here in Germany. Even though I have learned to cook some dishes myself, they only taste half as good here. There is a very special atmosphere in India. 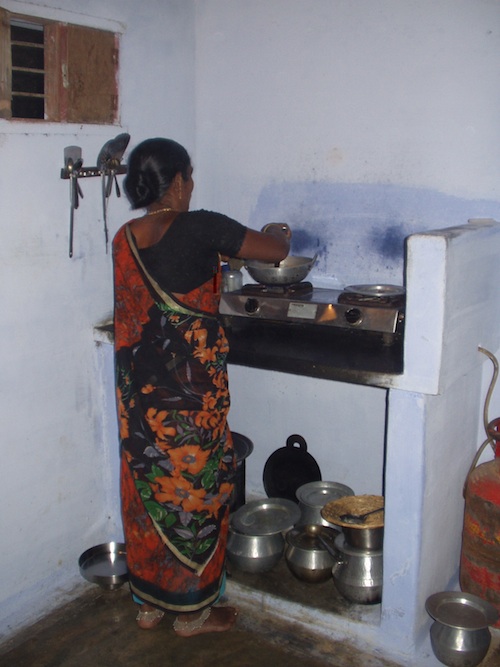 Did you like this report? Then take a look at the other reports from my series Family food around the world. 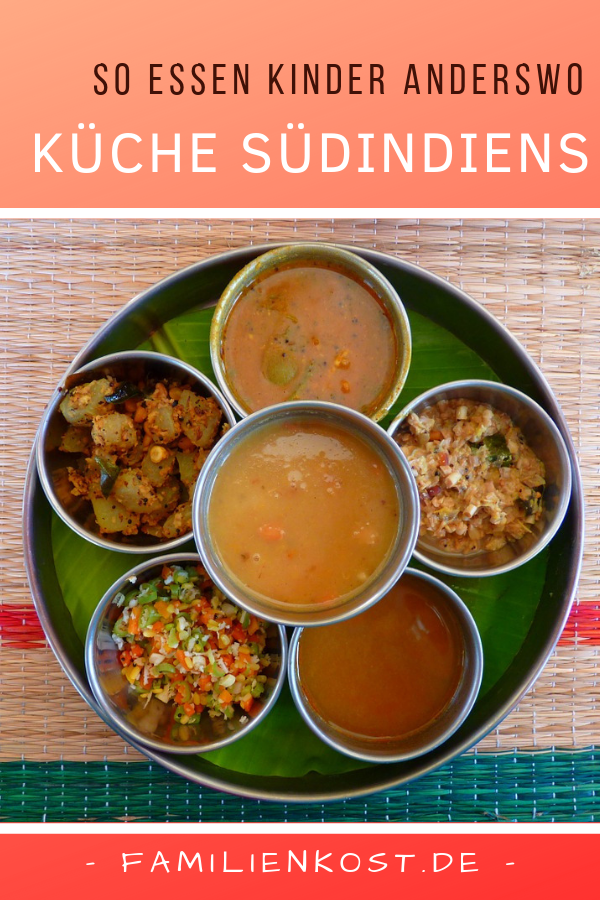