Where did heli-skiing come from?

Outdoor - it's most beautiful outside! 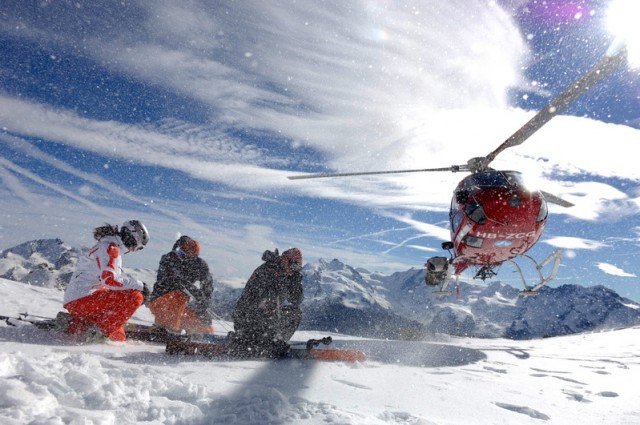 Today, heli-skiing is permitted in Switzerland on 42 defined mountain landing sites. An average of 20,000 people benefit from this annually, 15,000 flight movements are necessary for this - 12,000 flights for heli-skiing, a further 3,000 for other tourist purposes such as weddings, champagne breakfasts, private photo shoots, etc.

When it comes to heli-skiing, some people get really excited. They get excited about the sense and nonsense of this high-alpine leisure activity, argue and quarrel - since time immemorial. A conflict in which so many interests collide and so many parties are involved that an objective discussion is apparently difficult.

On the one hand there are the flight lobby and tourism representatives, on the other hand the environmental organizations. Between these two fronts, the Swiss Alpine Club (SAC) plays a thankless balancing act - and even annoys its own members with its compromise proposals. On the one hand, the SAC is itself a user of helicopters for supplying huts and mountain rescue; on the other hand, it is committed to nature-friendly mountain sports. The Federal Office of Civil Aviation (FOCA) is trying to mediate so that the situation does not escalate. It is tasked with re-examining the situation at the mountain airfields and resolving existing conflicts or “at least reducing them”. At the end of the day, the Federal Council will decide whether a landing site may be approached in the future.

But no matter how it is decided: A party always feels left out. At the moment it's the SAC. Some urban sections, above all the Zurich Uto, are annoyed that the Federal Council in southeastern Valais not only fixed the existing landing sites Äschhorn Alphubel, Monte-Rosa and Theodulgletscher provisionally and the Unterrothorn, but also approved a new one in the Trift area.

For the first time in its history, the SAC is filing a complaint against a Federal Council decision

The municipal sections rebelled until the central board of the SAC decided to appeal against this Federal Council decision before the Federal Administrative Court. Since then there has been an internal war at the front in the SAC: The Valais sections do not care what the “Üsserschwiizer” sections think of heli-skiing. They describe their approach as “cheek” and show solidarity with the affected communities of Zermatt, Täsch and Saas-Fee, the helicopter companies, the mountain guides, for whom heli-skiing is a source of income, and the helicopter pilots so that they can train for mountain rescue. 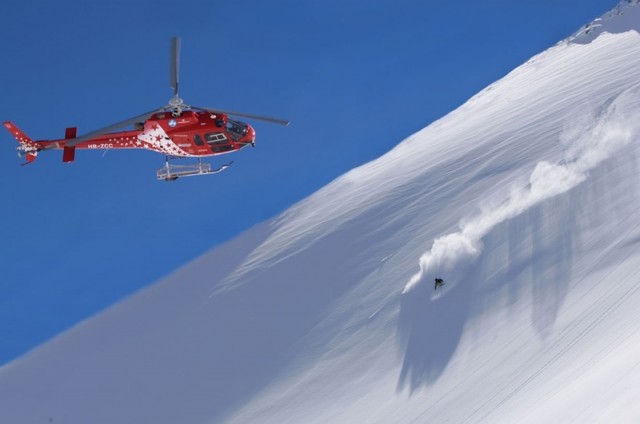 Heliskiing and heliboarding: noise emissions and pollution for the environment and wild animals. (Image: Air-Zermatt)

The gap between the lowlands and mountain cantons

Although I have absolutely nothing to do with heliskiing myself and as an environmentally conscious alpinist do not support this type of mountain sports, I have great understanding for the protests of the Valais. Can the lowland sections really tell the mountain cantons what to do? What would the people of Zurich think of it if the people of Zermatt suddenly came and asked them to make the Rosengartenstrasse more ventilated or to solve the traffic problems in the city differently? It's just a shame that the Valais threaten immediately to split off from the SAC central association if the latter does not withdraw the appeal to the Federal Administrative Court. Statements like this do not impress anyone from “over-swiss”. 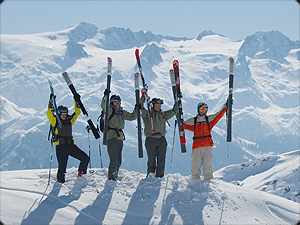 Reached the summit effortlessly thanks to the helicopter. Does such an achievement deserve respect?

As I said, it would never occur to me to take a helicopter to a summit for a deep snow descent. If you are looking for fun in seclusion, you should also get up on your own. For me, heli-skiing has something selfish about it, it's all about benefiting from the mountain without doing anything for it. Added to this are the noise emissions and the associated burden on the environment and wild animals. What kind of people are they doing that?

But let's be honest: Even without heli-skiing there is a lot of noise in the mountains. The Luftwaffe is the worst contributing factor. In addition to the extremely loud fighter jets, the helicopters are decibel-wise a nasal wash.

When two men recently threw blocks of ice at a helicopter on the Wildhorn, thereby endangering the lives of the pilot and his guests, I really could only shake my head. Even if you are against heli-skiing: everything has a limit. This action went too far.

The media coverage after this incident made clear the tone in which the conflicting parties communicate: «That was a terror attack», said the pilot in "Blick". The manager of Mountain Wilderness, an organization that campaigns against heli-skiing, then countered subito in the "Berner Oberländer": “I wonder if the pilot wasn't exaggerating a little. Aviation forums are arguing about whether snowballs or chunks of ice can crash a helicopter. "

The FOCA is currently examining the mountain airfields in the Aletsch-Susten region and is expected to make a proposal for public consultation this spring. Bet it'll be emotional again?